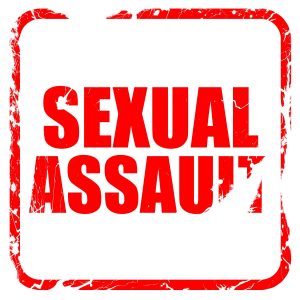 To date, more than 80 women have accused former movie mogul Harvey Weinstein of sexual misconduct. Those accusations run the gamut, from inappropriate comments to sexual assault and rape. One of the accusers, “Jenny,” is represented by our firm’s partner Dave Ring. She has not told her story to media outlets for the last six months, as the criminal investigation into Weinstein is ongoing.

But Jenny did tell an interviewer for CNN why she chose to come forward: “I’m not afraid like I was all those years before. I was scared to death… but I have to be an example now for my kids. I just believe in justice. The truth always wins.”

If you were assaulted, there’s only one firm you need

And that’s why CNN ran the headline “Harvey Weinstein’s toughest fight is looming.” Not only is he up against a woman who has the law on her side – she’s got Taylor & Ring’s powerhouse trial attorneys, whose names are synonymous with taking down sexual predators.

Moraga School District. Lucia Mar. The Diocese of Orange County, Father Alex Kim, and St. John Neumann Church of Irvine. Marlborough School. The Los Angeles Unified School District. If there was a case involving sexual abuse by people in power, Dave Ring, John Taylor and the team at Taylor & Ring, were there to protect the rights of their clients.

So when Jenny decided she was ready to come forward and press charges, she went to the firm she knew could handle the high-profile, complex litigation that would be needed. As Dave Ring told CNN, “You have more than 80 women who have come forward, that’s not a pack mentality. Those are allegations of serious sexual misconduct… and that’s why it’s so important to have this case go forward.”

A flood of allegations against Weinstein

The decision to come forward is a brave one. For Jenny, it’s not about retaliation or personal revenge; it’s about the strength others gave her, and paying that strength forward. She told CNN “one of the reasons she’s speaking now is to inspire other women — not just ones with claims against Weinstein, ‘but in any cases — domestic violence [too]…. A lot of people don’t believe in justice, and I want them to believe you can.’”

For victims of sexual assault, fear is often the most powerful motivator for staying quiet: fear of repercussions. Fear of not being believed. Fear of ridicule. Fear of losing whatever life he or she has built. Coming forward, especially in today’s climate, can be a Catch-22; one the one hand, the #MeToo movement has encouraged women to take back control, and to find strength in themselves and in one another. On the other hand, only 6 out of 1000 rapists end up in prison, on average – which might explain why 2/3 of all rapes aren’t even reported to police.

The conviction of Bill Cosby on three counts of aggravated indecent assault (the California equivalent would be Section 243.4 of our penal code, under Assault and Battery) could help bolster the investigation into Weinstein. This is because, as Dave Ring explains, “’Multiple alleged victims, a long history of alleged misconduct. The difference between the first trial [that ended in a mistrial] and the second trial is that they used the law to allow other victims to testify’ in support of Cosby’s primary accuser.” California law also allows for other accusers to testify in support of a primary accuser.

Because so many of the accusations stem from years ago, the likelihood of there being physical evidence is low; thus, other accusers can serve as character witnesses, of a sort, on behalf of the prosecution. The state abolished the statute of limitations on rape in 2016, but before that it was 10 years. (Unless the assault happened to a minor, in which case the limit was the minor’s 40th birthday.)

Jenny’s assault happened within the 10-year time frame of the original statute, as was the case for so many of Weinstein’s accusers. The courage of the other women involved may have given Jenny some inner courage she didn’t know she had, but ultimately, the decision to go to police and let the civil justice system do its job was hers.

We believe in justice, too. That is why it is our honor to represent Jenny, and to fight to ensure that the laws are upheld, and justice is rendered.

Taylor & Ring offers comprehensive and aggressive representation on behalf of victims of sexual assault and personal injury throughout Southern California. We are the law firm you can trust to respect you and your goals. To learn more about our services, or to speak with an experienced Los Angeles injury lawyer, please call 310.776.6390 or complete our contact form.