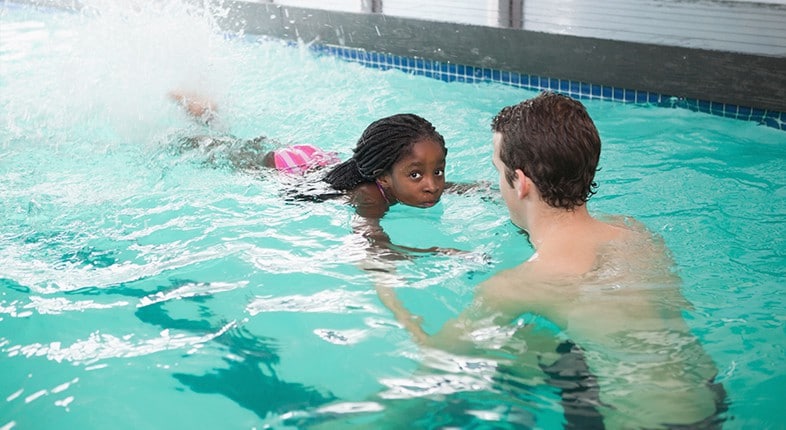 At Taylor & Ring, our Los Angeles sexual abuse lawyers hold sexually abusive coaches accountable for their actions, as well as the schools that failed their students and the community at large that hired sexual predators. Whether it is a sports coach, a theater coach, or any type of school coach, our lawyers have the experience to first help your child get the physical and emotional help required and then to hold accountable those who breached their duty of care and trust to your child. Contact us to learn more.

Coaches are some of the most influential people in students’ lives. When Jerry Sandusky was arrested in 2011 for sexually abusing young boys, the country was outraged – but the allegations weren’t new; the first investigation into his behavior was in 1998.

The same sad story could be told about the victims of Larry Nassar, who was convicted of molesting at least 250 student athletes and Olympians. The allegations against him went back as far as 1992.

Why abuse cases are unreported or unprosecuted

How could it happen? How could these two men repeatedly sexually abuse children and student athletes for decades, without being held to account for their crimes?

The victims are shamed into being quiet

Understand that many student athletes have spent their formative years taking orders from coaches, no questions asked. They are taught that their team is their “family,” and that their behavior can either harm or help the entire team. For this reason, student athletes are vulnerable to “grooming” techniques used by abusers to develop trust, and then to inspire secrecy.

Many athletes fail to disclose sexual abuse because they think it is embarrassing, not just to them but to their schools as well. This mistaken silence prevents necessary actions from being taken.

The risk continues into adulthood

Though most news stories focus on tales of child sex abuse by coaches or youth sports teams, the culture of abuse continues into adulthood. In many cases, it is athletes who participate in “non-traditional” sports or activities who are in danger.

Though dance is considered an art form, not a sport, that does not mean that dancers at not at risk. In 2018, the New York City Ballet was “at the centre of a fresh scandal amid claims that it harboured a culture where male dancers shared pictures of naked ballerinas, abused drugs and degraded women.” Reporting about the scandal by different outlets revealed an incredibly abusive culture, including “dozens of accounts around the world of abuse at the hands of bullying directors, who pressure young women to lose weight or sleep their way into leading roles.”

The same is true for cheerleaders. “In interviews with dozens of current and former cheerleaders — most from the N.F.L., but also from the N.B.A. and the N.H.L. — they described systematic exploitation by teams that profit by sending them into pregame tailgating and other gatherings where they are subjected to offensive sexual comments and unwanted touches by fans,” the New York Times reports.

Many of these men and women started dancing and cheering as children. They have been brought up in this culture. By the time they recognize sexual assault and harassment for what they are, these behaviors may seem “normal” to them – and they face intense backlash if they protest.

The schools are not protecting their students

Schools often resolve reported disputes by making a settlement where the coach resigns, sometimes with a cash settlement and a promise to keep the disciplinary actions quiet. Some schools and school districts hire coaches even though they know the coach had a prior history of abuses.

This act of “passing the trash” keeps the school’s reputation safe, while putting its students in harm’s way. Many schools have no real oversight, no structured internal process for investigating sexual abuse. For those that do, recent changes in Title IX by the Department of Education may make it difficult to proceed when sexual abuse has been reported.

The athletes don’t understand their rights

Some students fail to understand that the coach is demanding a trade-off — sexual performance against the athlete’s will, in return for making or staying on the team. A big problem is that often it is other coaches and friends of the coaches who are tasked with conducting the review of sexual assault or harassment allegations, which is an inherent conflict of interest. Because they don’t understand that they have rights, or what those rights are, many student athletes are unsure how to proceed.

Sadly, it often takes multiple complaints and multiple acts of misconduct before charges are brought and make a difference.

Long-lasting effects of rape or sexual abuse of a student

The effects of sexual abuse on children can last a lifetime if not properly addressed and treated. The shame, guilt, fear, and anger that comes with suffering sexual abuse at the hands of a trusted adult, like a coach, can have far-reaching repercussions on a child’s existence. According to statistics from the National Center for the Victims of Crime, a child who is the victim of prolonged sexual abuse usually develops low self-esteem, a feeling of worthlessness, and an abnormal or distorted view of sex. The child may become withdrawn and mistrustful of adults and can become suicidal. The child also has a higher risk of sexually assaulting others due to his or her history.

Who is liable when youth athletes are sexually abused or exploited?

The perpetrator of sexual abuse against children must be held accountable for his or her actions. But the perpetrator alone is not the only responsible party: schools have a duty to carefully screen each and every potential employee and to thoroughly investigate complaints regarding employees’ behavior, including coaches. Schools that fail to conduct this due diligence must be held accountable for their negligent actions.

Similarly, schools may attempt to protect their image or reputation by knowingly working to conceal evidence of sexual abuse perpetrated by coaches or other employees. This type of deception is unconscionable, and criminal.

It depends. In California, the Child Abuse and Neglect Reporting Act, or CANRA, is the current statute that mandates reporting by any official that comes into contact with minors regularly. This means that “mandated reporters,” such as teachers, clergy, and others must notify the appropriate authorities if they become aware that a child is being abused sexually or otherwise, or is genuinely neglected. Coaches and athletic directors are not always required to report under CANRA, although educators are.

What about Title IX?

Title IX of the Education Amendments Act of 1972 mandates that no sex discrimination exist at institutions receiving federal funds. Typically, Title IX is associated with the uptick in women’s sports, especially at the college level. But there are other important pieces of Title IX, as well. The NCAA, for example, interprets it as a mandate to athletics staff that they are required to report incidences of sexual assault.

According to the NCAA’s Handbook on Addressing Sexual Assault and Interpersonal Violence, “athletics staff members are required to report any suspected or alleged sexual violence or harassment immediately to appropriate campus offices for resolution; the athletics department is not the appropriate staff to adjudicate a reported case of sexual assault.”

The scope of the problem is great; there have been, and continue to be, lawsuits surrounding reporting. ESPN reports that “College athletes in recent years were about three times more likely than other students to be accused of sexual misconduct or domestic violence in complaints made at Power 5 conference schools, according to an analysis by Outside the Lines.” While new legislation seeks to protect minors participating in athletics, there remain issues at the college and university level.

Related: New Title IX Rules Go Into Effect in August – What They Are and How They May Affect You

Protecting Young Victims from Sexual Abuse and Safe Sport Authorization Act, also called the Safe Sport Act, was made law on February 14, 2018. The bill was introduced in the Senate in March 2017 by sponsor Sen. Dianne Feinstein (D-CA), and makes members of amateur sports organizations—including Olympic sports—legally responsible to report sexual abuse and requires all organizations to implement protections for all athletes.

Nancy Hogshead-Makar, a former Olympic swimmer, has been advocating for young female athletes for decades. In a profile for Outside Online, she says, “The passage of this statute is just the beginning. Abuse is in every single sport, but we now have protection for 8 million children.”

Under the new law, youth sports organizations must report allegations of abuse to law enforcement within 24 hours, instead of leaving it up to internal board members to handle (or ignore). The Safe Sport Act also provides the United States Olympic Committee with immunity from defamation claims from those removed from the sport for violating sexual abuse policies. The Act requires the guilty party to pay a minimum of $150,000 to the victim if he or she is found to have committed the offense in a civil suit.

The new law also created an independent body called SafeSport, responsible for holding organizations compliant and investigating complaints. Due to its outsider status, SafeSport aims to bring less bias into any investigations of abuse.

Making a claim for damages in a sexual abuse case

Taking perpetrators and their employers to court not only serves to bring some sense of closure to the episode and justice to the victim and his or her family, but it can also help save other children from potential abuse. School abuse cases are difficult. The emotional needs of the child are paramount. An attack by a coach is an attack on the student’s trust.

An experienced California sexual abuse attorney can help you file suit against both the perpetrator of the abuse and the school that overlooked or implicitly condoned it. In appropriate cases, we bring claims for punitive damages.

Our Los Angeles child sexual assault attorneys carefully guide students and their parents through each stage of the litigation process. If your child has been subjected to sexual abuse in school committed by coaches, contact Taylor & Ring today at 310-776-6390 or complete our contact form to schedule a free consultation.