Largest sexual assault recovery against police agency in CA; a female was raped by a Los Angeles County sheriff’s deputy during a traffic stop in 2010.
https://www.taylorring.com/blog/testimonials/6-15-million-settlement/

Fourteen year old female student was manipulated into a sexual relationship with her eighth grade teacher. The school district was liable for its negligent supervision of the student and the teacher.
https://www.taylorring.com/blog/testimonials/8-05-million-verdict/ 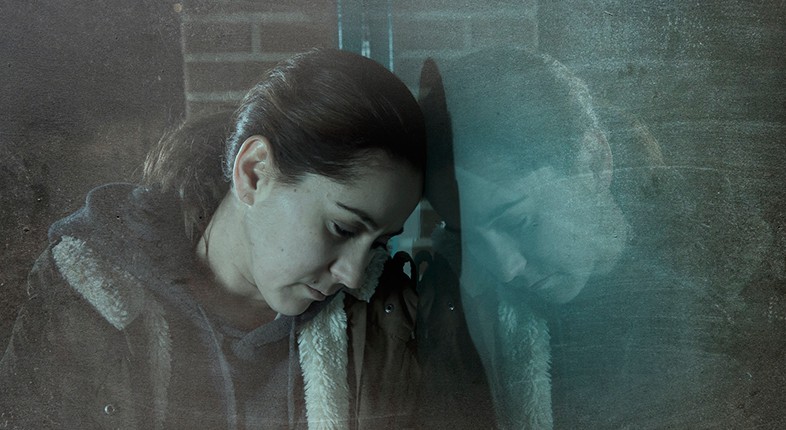 Fighting for survivors of rape throughout California

There are few crimes more heinous than rape. It is hard to talk about, and survivors often feel like they have no voice, or that they may not be believed. At the law firm of Taylor & Ring, we believe survivors, and we fight for justice. Our attorneys have substantial experience representing victims of rape in civil litigation. Our firm handles sexual assault and rape cases throughout greater Los Angeles, Southern California, and statewide. Contact our Los Angeles rape victim attorneys today for a free consultation.

What is rape, exactly?

Rape is defined as sexual intercourse without consent.

It occurs between spouses, intimate partners, acquaintances, friends, and strangers.

It may occur because one person was drugged, disabled, threatened, coerced, or trafficked.

It happens to women, men, and children.

It is a form of sexual assault, and often used as a display of power by the attacker.

And it is not your fault.

The truth about rape in California

In 2017, more than 4 million people resided in Los Angeles:

What this means is that, in all likelihood, rape is far more common than the statistics tell us – and that victims are less likely to report.

If you are a victim of rape, or if your loved one was raped, time can feel like it is slowing down around you. It’s easy to become overwhelmed. But there are five things we want you to know:

It is a terrifying truth that rape and sexual assault can occur virtually anywhere, with men and, in some cases, women from all walks of life acting as perpetrators. According to the Rape, Abuse & Incest National Network (RAINN), sexual assaults including rape occur:

Almost half of all survivors were either sleeping or engaged in some other activity in their homes. Almost a third were traveling.

Cities with the most reported rapes

These are the cities with the highest numbers of reported rapes, per the FBI, in 2017:

The highest numbers, however, do not always mean the greatest percentages. San Luis Obispo, for example, which reported 44 instances of rape in 2017, “has topped the county in rapes for the last several years, accounting for almost 42 percent of the 284 total rapes reported by the county's various law enforcement agencies between 2014 and 2016.” Barstow, which reported 97 instances of rape in 2017, actually has a higher percentage of rapes than Los Angeles.

Coping with the trauma and life-altering effects of rape

The effects of rape are deeply rooted and can affect every area of the victim’s life, from relationships to professional endeavors to general psychological well-being. Rape can be extremely difficult physically as well as emotionally and psychologically, with some injuries lasting a lifetime. It is important to choose a law firm with experience in rape and sexual assault cases so that the case is handled with sensitivity and with an eye toward statutes of limitations and proper protocol.

How Taylor & Ring advocates for survivors

As attorneys who fight for rape victims throughout California, we have handled high-profile and precedent-setting cases, and have won a wide spectrum of verdicts and settlements for rape victims. Our success is rooted in our ability to hold perpetrators and their enablers accountable for your injuries and trauma.

We hold your attacker responsible

About 97% of rapists will never spend a day in jail. All too often, rapists are “let off the hook,” slipping through the cracks or getting swept under the rug by a society that is unwilling to address the problem of sexual assault and sexual violence. Our attorneys are dedicated to holding perpetrators of rape and sexual assault responsible for their dehumanizing actions and to help their victims find closure and achieve justice.

We work with the police to punish the attacker criminally for the wrong. We work with doctors, counselors, and therapists to understand the physical and psychological impact. And we work with investigators, local agencies and our full in-house team to help obtain a settlement or verdict that is right. Our office is a space where victims and their families can speak freely and know that they will be heard.

We hold your attacker’s employer responsible

Per RAINN, about 12% of survivors were working when the attack occurred.

There are many reasons to pursue legal action against the employer of a perpetrator of rape or sexual assault — not the least of which is to protect other potential victims from abuse, violence, and exploitation at the hands of predators who would seek to use these companies and organizations as sanctuary.

California employers have an obligation to utilize proper screening techniques in order to detect the presence of sexual predators at their place of business, including thorough background checks on all potential hires to determine if any have a prior history of perpetrating rape or sexual assault.

Employer failure to follow up on sexual assault and rape complaints

In addition to overlooking or failing to investigate an employee’s history of rape and assault, employers may also fail to thoroughly investigate complaints that could have helped prevent the rape in question.

Perpetrators often exhibit certain red flags or warning signs prior to actually committing acts of rape or assault, and these signs may be noticed — and even reported — by observant co-workers, supervisors, clients, or customers. Employers who receive such complaints have a duty to follow up and remove the employees in question if their behavior warrants such treatment.

Unfortunately, many employers simply ignore sexual assault complaints or try to actively cover up such complaints. Those employers must be held accountable for their negligent actions or deliberate failures.

Duty to provide proper security from rape and sexual assault

California employers, under the premises liability laws of the state, have a duty to protect workers and visitors to their worksites from attacks. They are required to install security procedures and devices that can help prevent criminal conduct during working hours. Property owners are responsible for extra security measures in high-crime areas or if their business involves large crowds, alcohol and/or nighttime activities.

We hold the property owners responsible

Property owners have a duty of care to their visitors, guests, and patrons. This is true when you are at the gym, at the bar, at a nightclub, in an apartment you rent, or buying groceries. If you were assaulted or raped in a privately-owned building in Los Angeles, our attorneys will fight to hold them accountable. You may be entitled to compensation if the property owner failed to keep you safe because of:

This hold true for men, women, and children who were raped or assaulted in government-owned properties as well. Our firm represents clients who were abused while on active or reserve duty, by county personnel, and in local, state, or federal buildings and/or public property, including schools and state-run universities and colleges.

These cases have involved:

Seeking justice for rape victims in Los Angeles and beyond

You do not have to suffer in silence, and you do have rights when it comes to surviving rape. Contact Taylor & Ring through this form or by calling 310-776-6390 to arrange a free confidential consultation. One of our experienced and compassionate Los Angeles rape lawyers will sit down to listen to your story, explain your rights, and explore your legal options. We are committed to obtaining compensation for every way in which our client’s life is altered and diminished as an adult rape victim.