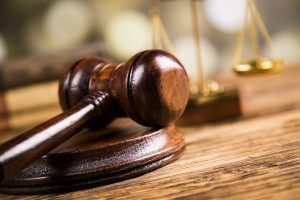 The efforts of police unions in New York City to block the release of disciplinary records of thousands of officers were defeated by a federal court ruling. The ruling by a three-judge panel of the U.S. Court of Appeals for the Second Circuit will also impact corrections officers and firefighters employed by the city. The battle has been ongoing for years and has been called a victory by the city.

The panel said in its ruling, “We fully and unequivocally respect the dangers and risks police officers face every day. But we cannot say that the District Court abused its discretion when it determined that the unions have not sufficiently demonstrated that those dangers and risks are likely to increase because of the city’s planned disclosures.”

The panel also said that there is no evidence of increased harm to police officers in other states where partial or full records are available to the public. The unions argued that officers with unsubstantiated or unfounded claims of misconduct might have trouble securing employment if the records are made public. The panel quickly defeated both of these arguments by the police unions.

We fully and unequivocally respect the dangers and risks police officers face every day. But we cannot say that the District Court abused its discretion when it determined that the unions have not sufficiently demonstrated that those dangers and risks are likely to increase because of the city’s planned disclosures. The unions have pointed to no evidence from any jurisdiction that the availability of such records resulted in harm to employment opportunities.

New York City officials and civil liberties groups believe that releasing these records will prevent police officers from escaping serious discipline for discretions committed on the job. New York City Mayor Bill DeBlasio said that the city will release the data as soon as possible with guidance from the court.

What led to the court ruling?

The repeal of section 50-a was part of a larger package of reforms by the State Legislature aimed at reducing police misconduct that came following the death of George Floyd in Minneapolis, Minnesota.

“For the past seven years, we’ve fundamentally changed how we police our city, strengthening the bonds between communities and the officers who serve them. Now, we can go even further to restore accountability and trust to the disciplinary process. Good riddance to 50-a,” Mayor DeBlasio said in a statement.

The coalition of unions that fought to block the disclosure of police officer records said that it is not done fighting. The spokesperson for the coalition, Hank Sheinkopf, said that the coalition is still considering furthering appealing the decision.

Will it lead to change throughout the country?

At this time, it’s too early to tell. But this is an important step, because it sets a precedent in a federal court that enough is enough. In California, access is limited to police disciplinary records, though “SB 1421 gives the public the right to access three categories of records related to investigation and discipline of peace officers:

Taylor & Ring is leading the fight against police misconduct in California. Our Los Angeles attorneys are ready to fight for you. If you or a loved one was subjected to an act of police brutality or use of excessive force, call our office at 310-776-6390, or complete a contact form on our website today.