Fourteen year old female student was manipulated into a sexual relationship with her eighth grade teacher. The school district was liable for its negligent supervision of the student and the teacher.
https://www.taylorring.com/blog/testimonials/8-05-million-verdict/

Against the Westerly School, a private school in Long Beach, on behalf of a client who was subjected to sexual abuse over the course of his four years there.
https://www.taylorring.com/blog/testimonials/25-3-million-verdict/

Against the County of Los Angeles Department of Children and Family Services for failing to protect a minor child despite the evidence of repeated sexual abuse of that child.
https://www.taylorring.com/blog/testimonials/45-4-million-jury-award/

Largest sexual assault recovery against police agency in CA; a female was raped by a Los Angeles County sheriff’s deputy during a traffic stop in 2010.
https://www.taylorring.com/blog/testimonials/6-15-million-settlement/
5
11
Taylor & Ring 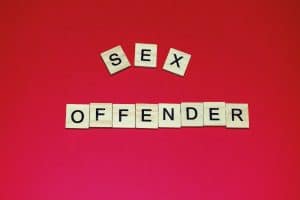 The last few years have been filled with stories of powerful men finally getting their comeuppance for years of abuse, harassment, and sexual assault. Survivors have taken down some of Hollywood’s most outrageous repeat offenders, and changed the national conversation about consent, rape, and bodily autonomy.

Jeffrey Epstein could be the latest to finally come to justice, and it is long overdue. On Monday, July 8, 2019, Epstein was indicted by a federal grand jury in New York on one count of sex trafficking and one count of conspiracy. If convicted, he faces up to 45 years in prison.

Since the indictment, multiple women have come forward claiming Epstein raped and/or sexually assaulted and abused them when they were children.

Why was Epstein charged with sex trafficking and not rape or solicitation?

According to NBC News, “Epstein, 66, is accused of seeking out minors, some as young as 14, from at least 2002 through 2005 and paying them hundreds of dollars in cash for sex at either his Manhattan townhouse or his estate in Palm Beach, Florida.”

If this sounds like solicitation, you’re right – it is. So why a sex trafficking charge?

Because of the scheme that Epstein used to coerce and assault these girls. Per the indictment filed by the Southern District of New York, Epstein was not content to abuse these children; he also paid them to recruit other potential victims. NBC News reports that “’In so doing, Epstein maintained a steady supply of new victims to exploit’… [and that] ‘employees and associates’ would communicate with victims to arrange the sexual encounters in Manhattan. He is accused of having a similar setup in Florida.”

What is sex trafficking, exactly?

This is not the first time Epstein has been charged with sex crimes against children. In 2008, he pled guilty to a single charge of solicitation, and served 13 months in his own private wing of the Palm Beach County Jail. He was forced to register as a level 3 sex offender, but he was also allowed to spend up to 12 hours a day, 6 days a week on a work release program, and to hire his own security detail.

This sweetheart deal was created by the country’s current Labor Secretary (then a U.S. Attorney General) Alexander Acosta. As USA TODAY explains it:

“The agreement stated that Epstein was under investigation for violating sex trafficking laws for conduct occurring between 2001 and 2007. The agreement provided that no federal charges would be filed, and permitted Epstein to plead guilty to a single state charge of soliciting prostitution.

…. In a particularly unusual provision of that agreement, Acosta agreed that prosecutors would ‘not institute any criminal charges against any potential co-conspirators of Epstein’ and would ‘suspend’ the grand jury investigation. That provision suggests Epstein was seeking to protect others beyond himself.”

At the time, all of the documentation and judgments were under seal. That meant that the public could not request nor review them. However, in February 2019, a judge of the Southern District of Florida ruled that the federal prosecutors violated the Constitution because they never notified any of Epstein’s victims that he was allowed to plead guilty. In March 2019, the U.S. Court of Appeals for the Second Circuit unsealed all the documentation, and the world got its first real view of what Epstein had been doing, with relative impunity, for years.

Why is the Public Corruption Unit handling this case?

At this time, no one knows. Public corruption normally applies only to public officials, such as politicians. Epstein may have rubbed elbows with politicians, but he was a businessman. And besides – New York has a division that deals with sex trafficking, so it seems like that unit should have handled these charges. That the Public Corruption Unit is handling the charges could indicate that there are other targets in view, or that there are co-conspirators. Epstein is, after all, facing one count of conspiracy.

Another possibility is that the prosecutors are looking into mismanagement by the attorneys in Florida. Mimi Rocah, a former federal prosecutor for the Southern District of New York, pointed out that per the bail memo for Epstein, “Florida prosecutors not only knew Epstein was a sexual predator but also that he harassed & intimidated the victims & their families to stop them from testifying. No federal prosecutor should let conduct like that go.” Federal prosecutors are public officials, and as such, subject to public corruption laws.

The case against Epstein may take a long time to come to fruition, but justice will be served. There will be no sweetheart deal this time, and no violation of victims’ rights. Investigators have found hundreds of nude photographs in Epstein’s home in Manhattan, and if those photos prove to be of underage girls, he can (and likely will) be charged with additional counts for each and every picture. This story will continue to capture the interest of the media.

But what about Epstein’s victims? What about the girls, some of who are now grown women, who suffered with pain of his abuse? What can they do to move forward and take back control?

Our team in Los Angeles has worked with clients like these women: children who were abused, assaulted, and raped. We know first-hand that the trauma can be life-long, and that it can take years to come to grips with what has happened. That is why Taylor & Ring has always offered a wide range of support to our clients. We help them find the doctors and counseling services they need, and offer a safe and secure space to meet. We make home visits for client who do not feel comfortable coming to us. We handle the media attention so they can stay out of the light as much as possible.

And then we hit back against their abusers in court, fighting for justice for our clients. We don’t back down and we don’t stop until their stories are told, and their abusers are held accountable for their actions. We’ve taken on some of the highest profile cases in the state and in the country, so we know what the fight against Epstein will be like.

And we know that, in the end, the truth will out.

Taylor & Ring offers comprehensive counsel to childhood victims of rape, abuse, and molestation. Our Los Angeles sexual assault attorneys will fight for you and your future, speaking truth to power at every turn. Call us today at 310.209.4100 or complete our contact form to schedule a free, confidential consultation. 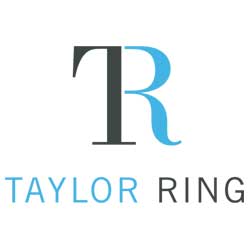