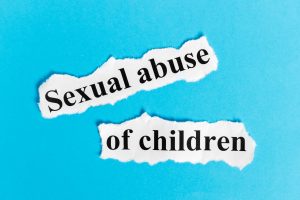 A former student at Hamilton High School has filed a lawsuit against the Los Angeles Unified School District (LAUSD) claiming that teacher Barry Smolin groomed and sexually abused her.

The lawsuit was filed late in April against the LAUSD and Smolin. It claims that the student, identified as Jane Doe, was groomed and then eventually sexually assaulted by Smolin more than a decade ago. The lawsuit states that Smolin’s “inappropriate relationship with (the) plaintiff was the worst kept secret at Hamilton.”

“He focuses on her, isolates her, and gives her special attention,” attorney John C. Taylor told the Los Angeles Times. “Manipulates her vulnerabilities and creates a false sense of trust, all with one goal in mind, which was his sexual gratification.”

Jane Doe was abused throughout her time in Hamilton High School

Doe received various gifts from Smolin over the years, in the form of books, music, and then drugs and alcohol, beginning when she was a freshman at the school. Smolin hosted a radio show on KPFK-FM at the time and would issue coded messages during the show aimed at Doe.

When Doe was a sophomore, Smolin reportedly said that he adored her. Hugs between the two were “mandatory,” according to the lawsuit. Smolin then started sending messages to Doe via social media during her junior year. The sexual abuse began when Doe was 16 years old.

LAUSD did nothing to protect their students from a child predator

The lawsuit contends that during one sexual encounter another teacher walked into the classroom and Smolin threw Doe off of him and onto another seat. The lawsuit goes on to argue that the second teacher knew of the sexual relationship, but did not report it to law enforcement, a violation of California’s mandated reporter laws. Eventually, one of Doe’s friends reported the sexual abuse.

“That’s something that should have been reported and passed along to law enforcement [by the teacher] because that teacher was a mandated reporter,” Brendan Gilbert said.

The lawsuit is seeking unspecified damages and alleges sexual abuse of a minor, sexual harassment, intentional infliction of emotional distress, failure to report, and various causes of action for negligence. John Taylor said that Doe has suffered severe trauma because of the abuse.

“She’s absolutely entitled to compensatory damages for what she went through and what scarring that has left on her, in terms of trust and relationships. When you have somebody that you’re supposed to interact with, you’re suspicious at a certain level that this person is always going to somehow be pushing you, cajoling you into some type of corner in order to get something from you.”

The Los Angeles sex abuse attorneys of Taylor & Ring have always fought to hold child predators and their accomplices accountable. We have repeatedly held LAUSD accountable when it fails to protect it students, and we will continue to do so. If you or your child was sexually abused by a teacher, staff member, volunteer, or anyone else working in or for LAUSD, we are ready to fight for you. To schedule a free consultation, call our office at 310-776-6390, or complete the contact form on our website.