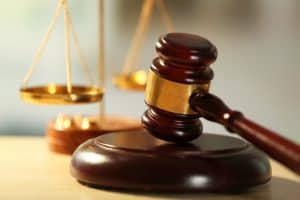 Taylor & Ring has secured the largest individual settlement ever paid by the Archdiocese of Los Angeles to a victim of sexual abuse. Our client was 15-years-old when Juan Ivan Barajas, a health teacher and the athletic director at San Gabriel Mission High School, began sexually abusing her in 2016, and he eventually kidnapped her after his wife discovered evidence of the abuse.

Our client was not the only victim of Barajas: the Los Angeles Times reports “Records show that before the 2016 incident, Barajas was the subject of repeated misconduct allegations involving other female students…. Among the previous accusations were two anonymous letters sent in August to school officials. One sent to Monsignor Sal Pilato, the assistant superintendent of high schools for the archdiocese, said: ‘He takes the ones he likes to the office.’”

Partner Dave Ring and attorney Sonya Ostovar represented the victim and her family in the lawsuit against the Archdiocese. She still suffers flashbacks and panic attacks as a result of her abuse. “The warning signs here were crystal clear,” he told the Los Angeles Times. “The complaints about Barajas were unambiguous, and yet nothing was done.”

Barajas will serve three years in prison for his crimes. The Archdiocese has issued an apology, claiming it recognizes “serious harm done to the life of the victim.”, and Archbishop Jose H. Gomez has offered to meet with our client and her family.

We invite you to read more about the cases here: