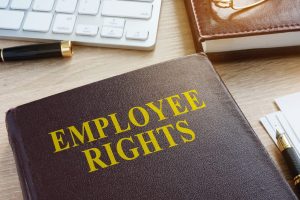 Although federal and state law prohibit workplace discrimination based on things like age, race, ethnicity, gender, and sexual orientation, millions of Americans still experience harassment or loss of employment simply due to who they are. This type of discrimination is illegal for protected classes, and it is crucial as a transgender or non-binary employee that you understand your rights under California law.

Transgender discrimination not specifically prohibited until 2020

It is impossible to discriminate against a person for being homosexual or transgender without discriminating against that individual based on sex. Consider, for example, an employer with two employees, both of whom are attracted to men. The two individuals are, to the employer’s mind, materially identical in all respects, except that one is a man and the other a woman. If the employer fires the male employee for no reason other than the fact he is attracted to men, the employer discriminates against him for traits or actions it tolerates in his female colleague.

The importance of this ruling is that it affirms employment discrimination laws protect individuals from discrimination. Therefore, an employer cannot defend their behavior by arguing that they treat, for example, all men and women the same. Explained the Court, if discrimination occurred to a specific individual, “It doesn’t matter if the employer treated women as a group the same when compared to men as a group.”

What are my rights at work?

As an LGBTQ+ person and employee, you have certain rights provided by federal law that make it illegal for your employer or workplace personnel to discriminate against you or harass you based on your gender identity. This also includes retaliation for reporting sexual harassment.

As a transgender employee, you have the right to:

Here in California, you also have protections under The Gender Nondiscrimination Act of 2012.

Examples of transgender discrimination on the job

Although some discriminatory actions are obvious and overt, some may be more subtle. Many transgender advocacy organizations provide a list of examples of common actions that could constitute discrimination in the workplace. These include:

If any of this has happened to you, we advise talking to an experienced employment discrimination attorney about your potential case.

What can I do if I’m facing discrimination at work because I am transgender?

Although it is always a good idea to have a lawyer on your side, your first step should be addressing the matter internally through your company’s formal complaint process. This helps establish your complaint and your employer’s resulting action, or inaction. Your employment discrimination attorney may also approach the company on your behalf, if necessary.

In most cases, you must file a complaint with the California Department of Fair Employment & Housing (DFEH), which is like the state version of the federal Equal Employment Opportunity Council (EEOC). Before filing a civil suit along with your attorney, you must first obtain a “Right to Sue” notice. Your attorney can provide you with more details and assistance on this process.

The NCTE provides a list of valuable resources for transgender and gender non-conforming employees:

The Los Angeles employment discrimination attorneys at Taylor & Ring protect transgender employees on the job. If you believe you have experienced discrimination, retaliation, or other harassment due to your gender identity, contact us today. We want to help. To schedule a free consultation, call our office at 310-776-6390, or complete our contact form.