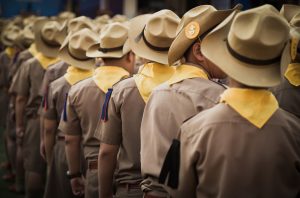 On July 1, the Boy Scouts of America agreed to pay $850 million to tens of thousands of men to settle sexual abuse claims going back decades. This amount could be the largest settlement for child sexual abuse claims in United States history, if approved by a judge. Some legal experts are calling this a huge win, while others aren’t so sure.

The ruling, which represents about 60,000 abuse survivors, calls for the settlement to be distributed in various amounts based on individual cases. The settlement represents a major step in addressing the thousands of accusations over the past decade that sent the once-popular organization into bankruptcy.

About the Boy Scouts’ history of sexual abuse

Founded in 1910, the Boy Scouts of America (BSA) is a youth program historically aimed at boys between the ages of five and 21 years old. The BSA’s mission is “to prepare young people to make ethical and moral choices over their lifetimes by instilling in them the values of the Scout Oath and Scout Law.”

As far back as 1935, allegations of abuse began surfacing as a part of a “red flag list.” However, the BSA kept these allegations mostly under wraps until recently, when victims began speaking out and filing lawsuits against the organization over the abuse they endured for years at the hands of sexual predators within the Boy Scouts.

In 2012, the Los Angeles Times published an in-depth investigation into the BSA and their trove of secret files on suspected and proven child sex abusers. Among other things, they found the BSA actively resisted background checks, making their organization a safe space for child sexual predators. A few years later in 2019, an adult sexual assault survivor filed a lawsuit against a Boy Scout troop leader and the BSA for multiple incidents of assault in the 1970s – yet another account of the BSA failing to protect our children.

Boy Scouts of America filed for bankruptcy in 2020

In February 2020, the BSA filed for Chapter 11 bankruptcy as it faced over 300 lawsuits from former Scouts alleging sexual abuse. Although they plan to continue their scouting programs, the organization plans to use that Chapter 11 process to create a compensation trust for victims. The Chapter 11 bankruptcy process allows organizations to pay off creditors over time and keep their business running.

According to NPR, the Boy Scouts likely had no choice but to file for bankruptcy:

For many years, the Boy Scouts had insurance that would cover sexual abuse claims. But in recent years these carriers have been withdrawing coverage, arguing that the Boy Scouts knew about the abuse and didn’t tell the insurance companies. That has left the organization with the prospect of having to fund any litigation and settlements itself.

They also mentioned that filing for bankruptcy might shield the financial assets of the BSA’s local councils.

About the $850 million settlement

However, according to the New York Times, the local councils won’t get off easy. Although the national arm of the BSA agreed to contribute $250 million to the settlement trust, the majority is likely to be paid by the 250 local BSA councils. These councils were asked to add $500 million in cash and properties, with another $100 million from contributions originally earmarked for an employee pension plan.

Next, a bankruptcy judge will review the proposed settlement on July 29, with attorneys representing the approximately 60,000 victims of childhood sexual abuse. In the meantime, according to ABC News, the attorneys who represent “insurance companies, thousands of other abuse victims and local scout sponsoring organizations such as churches said they needed more time to gather information about the agreement and file objections.”

Is the settlement enough?

Attorney Kenneth Rothweiler, who negotiated the settlement, discussed the details with PBS reporter John Yang. Amid concerns about how much money the abuse survivors would actually receive, Rothweiler noted, “Well, on behalf of the survivors, I can tell you that it’s never been about the money. It’s been about the recognition from the Boy Scouts that this abuse went on for decades.”

However, he goes on to note that this is by no means over. “The plan always was to get a settlement with the BSA National and then the locals and then move on to the insurers. And as I told you, John, in the beginning, there’s billions of potential dollars that could come from the insurance companies.”

Survivors will ultimately have the chance to vote on the final settlement, so their voices continue to be heard.

At Taylor & Ring, our Los Angeles sex abuse attorneys dedicate themselves to fighting child predators. Whether in youth organizations, school, or in the church, we will hold sex abusers and their enablers accountable. We’re here to listen to your story and we want to help. To schedule a free consultation, call our office at 310-776-6390, or complete our online contact form.