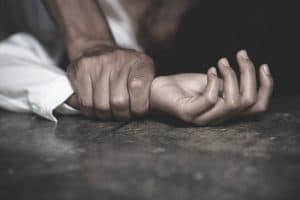 An advocate for sex abuse victims who became the subject of a celebrated Netflix documentary died by suicide on August 4, 2020. Daisy Coleman starred in the 2016 Netflix film “Audrie & Daisy,” which followed her and her family as they dealt with the aftermath of her assault, and the hostile reaction of her town after her allegations.

The documentary also won a Peabody Award as “an honest, heartbreaking, and timely tale of sexual assault and social media, and the repercussions it can have on young lives.” Heartbreaking simply isn’t a strong enough word, as Audrie Pott, also featured in the film, died by suicide several years earlier. Pott’s family filed a wrongful death action against the boys who raped her.

In 2012, when Daisy Coleman was 14, she and a friend snuck out of her parents’ house. Seventeen-year-old Matthew Barnett picked them up and took them to a party. She told investigators she was given a clear liquid and was raped in a bedroom while another boy recorded it on his cellphone. However, during the investigation, officials said the video no longer existed. The boys left her on her porch in freezing temperatures, where it was several hours before her mother found her. Barnett admitted to having sex with Daisy but insisted it was consensual.

Prosecutors determined there was not enough evidence to pursue a felony rape charge, so in January 2014 Barnett pleaded guilty to a misdemeanor child endangerment charge and was sentenced to two years of probation and a four-month suspended jail term. Daisy and her family found themselves at odds with the community, who did not believe her allegations against Barnett.

This experience is what sparked Daisy to speak out and support other victims of sexual violence.

Before her death, Daisy was an advocate for sexual assault survivors, co-founding a non-profit organization called SafeBAE. SafeBAE’s mission is to “end sexual assault among middle and high school students. As the only national peer-to-peer organization of our kind, we help promote culture change by giving teens the tools to become activists and shift school culture through raising awareness about dating violence, sexual harassment and assault, affirmative consent, safe bystander intervention, survivor care, and their rights under Title IX.”

Daisy’s story only underscores the link between sexual assault and suicide. People who’ve experienced sexual assault are 10 times more likely to attempt suicide than those who haven’t, according to USA Today. And for women, the odds of attempting suicide is three to four times greater when the first reported sexual assault occurs prior to age sixteen.

Farrah Khan of Ryerson University’s Office of Sexual Violence Support and Education also told USA Today, “It’s not just the individual act … of a sexual assault that happened to Daisy Coleman. I think it’s important to recognize the fact that there was a whole group of people around her: her classmates, parents, teachers, law enforcement that let her down. It takes a community to end sexualized violence. It takes a community to uphold it.”

At Taylor & Ring, our attorneys are dedicated to supporting survivors of sexual assault and violence. We fight for justice and stand by your side as long as you need us. Reach out today. To arrange a consultation with a Los Angeles sexual assault attorney, call our team today at 310.776.6390, or fill out our contact form.