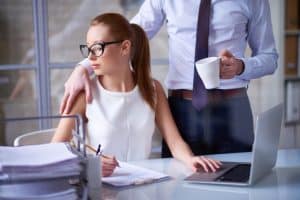 In response to numerous allegations about a culture of sexual harassment within Silicon Valley, a California senator has introduced a state bill that will offer female entrepreneurs some protections from the unwanted advancements of venture capitalists. Sen. Hannah-Beth Jackson from Santa Barbara recently introduced a bill that would explicitly prohibit sexual harassment by venture capitalists as an amendment to a current civil-rights law,” as reported by Inc.com.

Senate Bill 224 seeks to expand the state’s current civil rights laws with an expressed prohibition on harassment by venture capitalists. The Unruh Act is a current California legislation that addresses acts of sexual harassment within business environments and relationships. Currently, it specifically includes such professions as attorneys, landlords, teachers, doctors, and several others. The passage of SB 224 would amend the act to include investors and grant protections for entrepreneurs who are victimized by their harassing actions.

A culture of sexual harassment in Silicon Valley

The introduction of this bill follows numerous allegations of sexual harassment by venture capitalists within the tech industries of Silicon Valley. Dozens of women provided detailed accounts of the harassment they faced as they tried to secure startup funding for new businesses. Their extensive allegations included:

These accusations were directed at several prominent venture capitalists, resulting in at least two high-profile resignations. According to the article in Inc., there have also been efforts to promote self-regulation within the industry through the signing of a decency pledge. By signing the pledge, venture capitalist firms committed themselves to ensuring that funded entrepreneurs would be treated with the same standards as those afforded to employees within the firm.

Senator Jackson also finds self-regulation to be an ineffective solution. She hopes to instead see statutory regulations that provide “clear consequences for this type of behavior” through the passage of her bill. While the bill is reportedly receiving widespread support among other elected state officials, it will not be officially considered until the legislators convene in January of 2018.

The lawyers of Taylor & Ring have assisted numerous sexual harassment victims in Los Angeles and throughout Southern California in seeking compensation for their psychological and financial injuries. We can help you do the same. Call our office at 310-776-6390 or complete our contact form to schedule a confidential and free consultation.