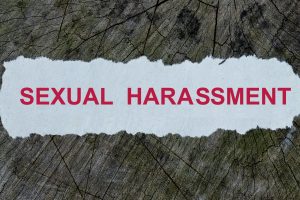 Back in July, an officer from the Los Angeles Police Department filed a lawsuit against the city, accusing Mayor Eric Garcetti’s close advisor Rick Jacobs of sexually harassing him over a period of several years. The officer, Matthew Garza, was assigned to Garcetti’s security detail in 2013 and, according to his complaint, became a target of Jacobs’ unwanted advances almost immediately.

According to court documents accessed by the Los Angeles Times, Jacobs would “use a handshake to pull [Garza] toward him and give him a long tight hug, while saying words to the effect of quote ‘you’re so strong and handsome,’ ‘your muscles are so tight,’ and ‘I love me my strong LAPD officers.’”

In his suit, Garza is claiming harassment and a hostile work environment. Jacobs denies the accusations, calling them “pure fiction.”

Now, just a few months later, another person has come forward with their own allegations – freelance reporter and writer Yashar Ali. Ali, who broke the news in a post on his website, wrote that the “allegations laid out in Garza’s complaint sounded familiar to me because, over the course of a decade, from 2005 through 2015, Jacobs used to forcibly kiss me on the lips when I encountered him through my previous work in politics.” He also noted that he’s discovered other individuals harassed by Jacobs.

Two more men recently came forward anonymously with their own allegations; one disclosing Jacobs groped him at a party in 2012, and the other claiming Jacobs tried to forcibly hug and kiss him at a Los Angeles event in 2019.

One of the points in contention with the Rick Jacobs case is Mayor Garcetti, regarding what he may or may not have witnessed. Officer Garza’s lawsuit alleges that Garcetti personally witnessed Jacobs’ sexual misconduct on the job but did nothing to stop it. Court documents state, “Mayor Garcetti was present on approximately half of the occasions when Jacobs behaved in this way, and witnessed Jacobs’ conduct, but he took no action to correct Jacobs’ obviously harassing behavior.”

Further, according to the lawsuit, there were over a dozen occasions where members of Garcetti’s staff apologized to Garza for Jacobs’ behavior, “telling him words to the effect of, ‘I’m sorry you have to deal with that, he’s such a pig.’ Yet no action was taken.”

Garcetti denies witnessing any misconduct, and has cut ties with his advisor, saying, “I take seriously all allegations of harassment. Rick Jacobs has stepped away from his nonprofit and volunteer political work.” However, Garza’s attorneys are seeking to have the mayor give a deposition in the case, using an argument regarding a 2019 internal affairs investigation.

Sexual harassment in the office or on the job should not be tolerated, and it’s crucial to hold employers responsible in order to ensure this type of behavior doesn’t continue.

If you need legal help, talk to the experienced sexual misconduct attorneys at Taylor & Ring today. To arrange a consultation, call our Los Angeles team at 310-776-6390, or fill out our contact form.