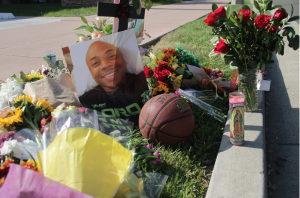 About 16 months ago, Kurt Reinhold was shot to death by a deputy from the O.C. Sheriff’s Homeless Outreach Team. On February 2, 2022, the Office of the District Attorney for Orange County issued a 10 page letter explaining why they would not be bringing charges against him. In the letter, the DA states that the two deputies involved were “legally justified in stopping Reinhold” and that “Reinhold put other motorists and the Deputies in danger when he walked in the middle of a busy street,” essentially blaming the victim for the events that followed.

We want to tell you we are surprised, but we are not. “The D.A.’s office works hand-in-hand with deputies from the Sheriff’s Department on a daily basis, and as such their reviews of deputy shootings can hardly be considered ‘independent,’” John Taylor and Neil Gehlawat told the Los Angeles Times.

Part of the DA’s justification for not charging the depuy is that Reinhold didn’t jaywalk, but instead crossed the street against a red. As John Taylor told CNN:

The DA bends over to create a new reason – [Reinhold] wasn’t jaywalking even though that’s what you hear deputies saying — so we’ll say they could have stopped him and detained him for (walking against a red). It’s ridiculous.

While we are saddened by the DA’s refusal to bring charges, we will continue to fight on behalf of Mr. Reinhold’s family in civil court. As Neil Gehlawat explained to Fox 11 News, “the deputies ‘had no business stopping him in the first place. Everything after that is unlawful. The standard for a detention under the Fourth Amendment is the officers have to have a reasonable suspicion he is committing a crime and I don’t think that standard is met.’” OC Sheriffs release video capturing fatal shooting of Kurt Reinhold

On February 17, 2021, the Orange County Sheriffs released a 12-minute “critical incident” video regarding the fatal shooting of Kurt Reinhold.

Viewer discretion is advised, as the images may be upsetting and disturbing to some people. You can watch the video here.

In the video, you can hear the deputies discussing whether or not Mr. Reinhold was jaywalking:

“Watch this, he’s going to jaywalk,” one of the deputies said.

Then it appears there’s a discussion among the two whether Reinhold is jaywalking.

“Don’t make case law,” one of the deputies said as they pulled up to the suspect.

John Taylor, who, along with Neal Gehlawat, is representing the family in a wrongful death lawsuit, released a statement: “The OC Sheriffs Homeless Liaison Officers use pretext reasons to stop anyone for any reason they want, simply to harass the person. These officers created and escalated the confrontation with Kurt Reinhold causing his death,” KTLA reports.

In an interview with MSNBC’s Ari Melber and Black Lives Matter activist DeRay McKesson, John talks about how the new videos show the intention of the homeless liaison officers to put their hands on his client’s late wife, and the importance of their discussion regarding Reinhold’s actions.

“They targeted him,” John says, in what was an “absolute racially motivated stop.”

Another unarmed Black man has been shot and killed by law enforcement officers. The story has garnered headlines for weeks, as the family of the victim, Kurt Reinhold, mourns for the loss of their loved one. Taylor & Ring, on behalf of the grieving family, has filed a wrongful death claim against the Orange County Sheriff’s Department. Attorneys John Taylor and Neil Gehlawat are representing the family.

“These officers are supposedly trained to deal with the homeless. They needed to deescalate the situation, rather than escalate it,” John Taylor said to the Los Angeles Times. “How do we get from helping to ending up on the ground — the victim of gunfire — when he was unarmed?”

What happened to Kurt Reinhold?

Based on eyewitness accounts and bystander video recordings, it appears that Mr. Reinhold was jaywalking when he was approached by two deputies from the O.C. Sheriff’s Homeless Outreach Team. There was an argument, and the deputies wrestled with Mr. Reinhold. On the video, you can hear someone yell “He’s got my gun! He’s got my gun!” and then two gun shots. You cannot see Mr. Reinhold reach for the gun.

But this entire scenario is suspicious. Jaywalking is hardly a violent crime, and Mr. Reinhold posed no threat to anyone while he was crossing the street. Yet two deputies confronted him, struggled with him, and then escalated to excessive force, claiming Mr. Reinhold grabbed one of their guns. They argued with him over a traffic violation, and somehow, Mr. Reinhold is dead from gunshot wounds.

As Neil Gehlawat explained to the Voice of OC, he has called on the O.C. Sheriff Don Barnes to “release Reinhold’s full autopsy report, the department’s incident report, and the personnel files of the deputies involved to see if they’ve had prior incidents like the one on Sept. 23.”

Because Orange County law enforcement officers do not wear body cams – the plan is to “roll them out” over the next 18 months – there is no video evidence from law enforcement to see what actually happened from a first-person point of view. That does not mean that video will not be used as evidence. “We want all the footage,” Gehlawat said. “And all radio traffic so we can determine if there was even really a reason for them to contact Mr. Reinhold in the first place — in other words did they receive a call that he was doing something? Because the Sheriff has been pretty mum on that one.”

Another tragic loss of life at the hands of the police

Every element of this story is tragic. Mr. Reinhold was a devoted soccer coach who loved his family, but he was also a Black, homeless man diagnosed with schizoaffective disorder, who struggled with his illness. As his wife, Latoya Reinhold, told reporters, “I keep asking myself, ‘Why?’ What did Kurt do to deserve to be shot in broad daylight for jaywalking? None of this makes any sense. It’s a nightmare I’m living with each and every day.”

Taylor & Ring is fighting on behalf of the Reinhold family because there are too many questions left unanswered. Why was Mr. Reinhold stopped? Why did one of the deputies already have his taser out before Mr. Reinhold was wrestled to the ground? Why was he accosted in such a way over jaywalking? Why did the deputies escalate to deadly force? Why is another Black man dead at the hands of the police?

Taylor & Ring is fighting for justice for Kurt Reinhold and his family. The experienced Los Angeles police misconduct lawyers at Taylor & Ring are here to protect those whose civil rights have been violated. We will listen to your story and offer our evaluation of your legal options. Call 310-776-6390 or complete our contact form today. Your first consultation is free.