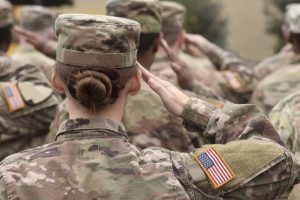 A recent report from the RAND Corporation found that sexual assaults on non-heterosexual service members comprise nearly half of all military assaults. Because most research only focuses on the dangers and risks women face in the military, this study shines a light on another vulnerable population, as well as points to areas needing further examination and education.

The RAND report, which posed the questions, “What is the risk of sexual assault to sexual minorities (i.e., LGB) in the U.S. military? How does it differ from the risk experienced by heterosexual service members?” analyzed evidence from 2016 and 2018 service member surveys to determine their findings. These conclusions include the following:

Within the report, RAND also noted that, “Because a substantial number of service members do not identify exclusively as heterosexual, and because these sexual minorities appear to have a markedly higher risk of being sexually assaulted, a considerable fraction of all sexual assaults in the military must be against LGB service members.”

Further, because many sexual assaults or hate crimes may be disguised as pranks or hazing rituals, a good number go unreported and undisciplined. However, these assaults are meant to harm and demean LGBTQ service men and women. RAND is calling on the Department of Defense (DoD) to release further information and research so they can better understand the context of these assaults and design a more thorough and effective prevention program.

Because the surveys used to collect data did not ask participants about whether they believed their assaults were motivated by harassment due to their sexual identity, RAND believes future surveys need more detailed questions.

In an opinion piece for The Hill, RAND notes that with the DoD’s help, they can obtain further information about military sexual assaults, including:

What’s the difference between sexual harassment and sexual assault?

In broad terms, sexual harassment includes a variety of unwanted verbal or physical sexual attention, including comments, jokes, threats, and interference with work performance. Harassment is generally an action that violates civil law, particularly Title VII of the Civil Rights Act. Sexual harassment can create a hostile work environment for the victim.

Sexual assault, on the other hand, is typically physical sexual contact without the consent of the victim. Assault is a crime and can include rape, forced penetration, fondling, and other unlawful touching.

Sexual harassment and assault in the workplace

RAND also published a study on the relationship between sexual harassment and sexual assault among service members, concluding that the two issues “should be thought of as a single problem or as a single underlying workplace disorder.” They note that workplaces with high levels of sexual harassment contribute to the risk of sexual assault, recommending that assault prevention should start with harassment prevention.

This is true for any workplace. When sexual harassment is tolerated and goes unpunished, especially at the supervisor level, other employees learn that this type of behavior is permissible. And, whether you are in the military or a civilian, RAND points out, “for some [perpetrators], their behaviors may escalate from mistreatment that is classified as sexual harassment to abuse that is classified as sexual assault.”

If you have experienced any form of sexual harassment or assault in the workplace, it is crucial you contact an employment discrimination attorney as soon as possible to evaluate your case.

At Taylor & Ring, we protect victims of sexual harassment and assault in the workplace. Our Los Angeles harassment attorneys can help you with your case, investigate the details, and protect your civil rights. We are here to help. To schedule a free consultation, call our office at 310-776-6390, or complete our contact form.