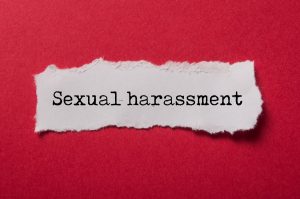 In a sexual assault case filed in Alameda County, a former Berkeley High School student alleges the Berkeley United School District (BUSD) employed a sexual predator for decades. Matthew Bissell, who is no longer employed at the school, is also named as a defendant in the suit. A previous Title IX investigation found a years-long pattern of inappropriate sexual behavior and harassment on the part of Bissell.

Taken down by a single yearbook photo

Many victims of childhood sexual abuse don’t speak up or even remember details of their assault until years later. Until recently, statutes of limitation barred them from attaining justice. As of January 2020, however, childhood victims of sexual assault have until their 40th birthday or within five years of the discovery of abuse to file a lawsuit.

Bissell’s assaults on his students were well-known among students but never addressed by BUSD staff. Rachel Phillips, who filed the lawsuit, decided to come forward publicly after a yearbook photo from 2003 resurfaced.

Berkeleyside reports that shortly before the pandemic, a student alerted teacher Genevieve Mage to a disturbing photo in the 2003 yearbook, which had been gifted to the student for her birthday. In that yearbook, the year Phillips graduated, was a photo from senior superlatives, where Phillips had been named “most likely to date a teacher.”

Even putting the sexual power dynamics of the student/teacher relationship aside, the photo itself was even more upsetting. The picture showed Bissell hugging Phillips, a teen at the time, from behind, his face buried in her hair, with his mouth open. At the time she saw the photo, Mage was Bissell’s co-worker and had no idea that Bissell had a long history of sexual harassment.

However, Berkeley High was in the midst of a sexual misconduct scandal. According to Berkeleyside, only weeks earlier, “students had staged massive walk-outs in protest of what some students described as the school’s ‘rape culture’ and lax approach toward misconduct. Names of ‘boys to watch out 4’ were etched onto a bathroom stall door.” Further, BUSD had a sexual assault lawsuit on its hands.

Students were eager to put Bissell on blast on social media, but Mage advised them to wait while she contacted Phillips privately. Continuing to investigate Bissell on her own, she found many more yearbook and academic photos of him acting inappropriately, and as Berkeleyside points out, “they weren’t an anomaly. Many other photographs from yearbooks past revealed that the school administration had permitted teenagers to revel in over-the-line sexual humor.”

A culture of sexual harassment

Several former staff and students from Berkeley High spoke to Berkeleyside about the fact that the school administration had long allowed staff and “teenagers to revel in over-the-line sexual humor.” Mage noted that older yearbooks, many featuring photos of Bissell, were loaded with photos and captions with sexual innuendo about students and teachers alike.

When one current Berkeley High teacher was asked about the yearbook photo and the “most likely to date a teacher” caption, he replied, “I probably wouldn’t have batted an eyelash in 2003 either. I honestly probably would have looked at it and been like, yeah, that’s just a Berkeley High thing.”

The yearbook teacher at the time, who saw and presumably approved the 2003 photo, said, “I’m kind of like, whatever, you know. And he’s got his arms kind of draped around her, and it’s like, OK, he wasn’t grabbing her. You know, if it was something like that, I would have said, ‘Hey guys, this isn’t a good photo, go back and get another one. I had no reason to believe that Mr. Bissell had had any inappropriate behavior.”

Phillips remembers it quite differently, telling ABC News, “We were going to just stand over there to take the photo and he grabbed me from behind and he licked my ear and he bit it and that’s about when that photo was taken.”

She added, “I was voted most likely to date a teacher because of my relationship with Matthew Bissell which was nothing more than daily sexual harassment.”

Although she reported the repeated assaults and harassment to her coaches and the school’s athletic director, BUSD never took action.

About the lawsuit against BUSD and Bissell

After her discovery of the yearbook photo, Mage eventually did speak to Phillips, as well as many other students alleging Bissell’s sexual harassment and inappropriate behavior over the years. She urged them to file reports both with the school’s Title IX office and with Berkeley police. After finding out she was not alone, Phillips made the decision to go public with her story and filed a police report, as well as posted about Bissell on various social media advocacy groups.

She told Berkeleyside, “When I found out that he was still teaching, still harassing girls, and there was something I could do about it, I felt like that was something I needed to do to make this place safer and to make other schools safer.”

She still remembers Bissell’s various assaults during her time at Berkeley High, saying, “It just made me feel absolutely dirty and disgusting when he would put his hand on me. My heart would seize up. In my core, I just knew it was wrong.”

The Los Angeles sexual harassment and abuse attorneys at Taylor & Ring won’t stand for school districts that protect child predators for decades, allowing them to continue their behavior unchecked and unpunished. We are ready to hold teachers and those who enable them accountable, and we want to help you today. To schedule a free consultation, call our office at 310-776-6390, or complete our online contact form.