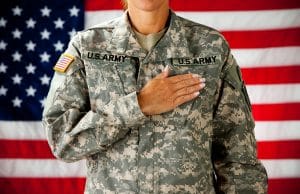 Two female veterans of the military who suffered sexual harassment and assault during the time of their service have called upon leaders in the House of Representatives to pursue legislation that protects service members. Their efforts are in the aftermath of the tragic disappearance and killing of Army Specialist Vanessa Guillen at Fort Hood, TX.

Lucy Del Gaudio, a veteran of the Army and a member of the Justice for Vanessa movement, testified before a military personnel subpanel of the House Armed Services Committee. In her testimony she stated, “Women do not report because we fear for our safety, we fear for our future, we fear for retaliation, and I’ve come to see this too many times.”

This congressional hearing was held after a flood of thousands of stories were posted on social media by other victims of sexual assault and harassment in the Armed Forces, stories the detailed their experiences. Other victims of sexual abuse in the military were responding to reports that Guillen informed her family that she was being subjected to sexual harassment in her military unit before she died.

According to the Defense Department, in 2019, 2399 cases of sexual assault and other misconduct included sufficient evidence to initiate some type of disciplinary action against the perpetrator. A 2019 Annual Report on Sexual Assault in the Military reports that commanders filed court-martial charges in about one-third of those cases. In addition, nearly 3/4 of victims who complained they were the subject of retaliation for reporting sexual assault pointed out a superior in their chain of command.

Stats on sexual assault in the military

According to the Department of Defense, in 2019, there were 7,825 reports of sexual assaults in the entire U.S. military. Of these, 91 cases were dismissed and 363 cases went to trial with 264 of those resulting in a conviction on at least one charge. In addition, 86 cases were resolved through discharge by court-martial or by resignation. Nearly 800 cases were referred for court-martial charges (some of those cases may include reports from prior years).

Del Gaudio suggested that the annual reports produced by the Defense Department on sexual assault and harassment should include a breakdown in the data by military installation to more effectively discover bases which have significant problems. She also stated that sexual assault and harassment should not be done in isolated locations and times in military schools and training, but be presented as a continuous topic that becomes part of the military culture. Military personnel must have confidence they will be protected when they speak up about any harassment against themselves.

At Taylor & Ring, our Los Angeles sexual assault and abuse attorneys understand the devastation caused by these crimes, whether in the military or other areas of civil employment. We are here to fight for justice on your behalf and pursue the compensation you deserve for your injuries. Reach out to us today for a consultation where we can discuss your case. Give us a call at 310.776.6390, or fill out our contact form.