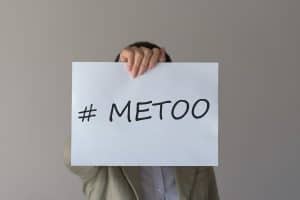 National Public Radio (NPR) released an investigation early this year regarding people with intellectual disabilities and sexual assault. The numbers were, unfortunately, appalling. As the United States deals with an ugly period in history with the explosion of #MeToo, our most vulnerable population seems to be left behind.

NPR, with assistance from the Justice Department, conducted a study and found that people with intellectual disabilities are victimized by sexual assault at an alarming rate. They reported the following facts:

These facts make people with disabilities one of the most targeted populations for abuse by predators.

In June, NPR followed up on their report with a more optimistic article about how many states are now attempting to rewrite or add legislation to better protect victims with intellectual disabilities. Citing NPR’s original report, many cities and states want to improve these dismal statistics. The majority of the reforms aim to make it easier for police and prosecutors to investigate cases of sexual abuse and successfully take them to trial.

Other changes under consideration include:

Earlier in June, the Arc of New Jersey held a summit to brainstorm and consider reforms. James Meadours, an advocate with intellectual disabilities, spoke at the summit about his experiences as a rape survivor. “If you be quiet,” he explained, “You cannot change things. But if you have a voice, you can change the world.”

If you are the parent or guardian of a child or adult with intellectual disabilities who was sexually abused, the attorneys at Taylor & Ring can help. These types of cases are extremely sensitive, and our Los Angeles lawyers are experienced and compassionate. We can protect your family and work to ensure that not another person is victimized again. Call us today at 310.776.6390 or complete our contact form to schedule a consultation.