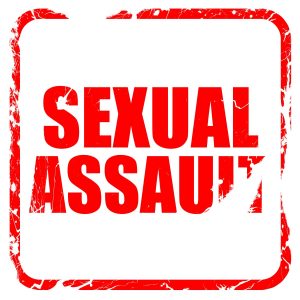 One of the most important steps a survivor of sexual assault or rape can take is undergoing the forensic exam, so that evidence of the attack can be preserved. That evidence becomes part of the “rape kit,” a collection of DNA samples and documentation that outlines what happened during the attack. Medical professionals handle the collection of samples and medical history. Often, survivors feel victimized again having to retell their stories and undergo the forensic exams, which can feel invasive at a time when people feel most vulnerable.

Law enforcement takes its own separate statements, which can also feel cold and invasive. In an interview with CapRadio, a survivor explained how uncomfortable she felt giving a statement to police, saying “It was just a very scripted, very just, like, non-concerned, just-get-the-paperwork done type interview. It was very graphic. I just had to go into such explicit detail, and there was no concern by them.”

Black, Indigenous, and people of color face an uphill battle

A long history of systemic racism, and the objectification of Black women, also affects reporting. CapRadio reports that “About one-in-five Black women are survivors of rape, according to the U.S. Department of Justice. That number rises to one-in-three for women who identify as multiracial, according to the National Intimate Partner and Sexual Violence Survey…. And the Bureau of Justice Statistics found that for every one Black woman who reports a rape, another 15 do not.”

Rape and sexual assault are rarely about the sex; they are acts focused on power. For some survivors, telling their stories and pursuing justice is as much about the taking that power back as it is about ensuing that the laws are upheld.

But people react to sexual assault trauma differently. Some may not remember all the details; some may have hazy memories; some may not appear to have much of a reaction at all until they are days, weeks, or months removed from the event. So why is law enforcement trained to treat rape and sexual assault the way they would a different kind of crime?

Katie Venezuela, Councilwoman-Elect for Sacramento, believes that more funding should go into community services designed to help survivors. She told CapRadio that the experienced of survivors are an “example of an issue of when a crime is committed, when law enforcement isn’t the most appropriate response. There has been a long discussion about trying to highlight this issue.”

Other options to help law enforcement survivors, and advocates work together

If Black women are reluctant to report sexual assault, and woman in general, regardless of race or ethnicity, feel unheard and retraumatized by reporting, then we must try something new. We can fund community and social services that are designed to help survivors, or we can start demanding that law enforcement undergo additional, robust training in trauma response and with mental health issues. We can ask that police department start providing follow-up with survivors, to offer them resources to get the help they need. We can demand that money be allocated to addressing the 14,000 rape kits in California that haven’t been processed.

There are police departments that are working on new ways of assisting survivors. Elk Grove Police Department has partnered with WEAVE, Sacramento’s rape crisis center. A victim advocate employed by WEAVE is stationed at the Elk Grove PD. She works with officers to help them improve and revise their ways of helping survivors. The Bay Area Women Against Rape is creating a new response plan where an advocate takes the initial report and then passes it along to the police, so that victims of rape and assault feel comfortable.

Whatever we do, one thing is certain: something has to change. At Taylor & Ring, we are committed to fighting on behalf of survivors in Los Angeles and throughout California, and to demanding real change. If you or your loved one has been a victim of rape or sexual assault, we are your advocates. To schedule a consultation, please call 310.776.6390, or fill out our contact form.