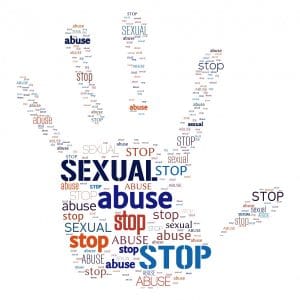 On July 27, 2020, former NFL player Dana Stubblefield was convicted of multiple charges, including rape by force, oral copulation by force and false imprisonment. His victim (“Jane Doe”) was 31-year-olds old when Stubblefield raped her in 2015. According to her attorneys, Jane has developmental disabilities.

The Centers for Disease Control & Prevention (CDC) estimates that 1 in 4 women, and 1 in 5 men, has a disability of some kind, and “that women and men with a disability are at increased risk for experiencing sexual violence (SV) and intimate partner violence (IPV).” Approximately 39% of female rape victims, and 24% of male rape victims, have a disability, per the CDC. Data obtained by NPR is even more stark: their researcher found that “people with intellectual disabilities are sexually assaulted at much higher numbers — ‘more than seven times higher than the rate for persons with no disabilities.’”

The term “disability” covers a wide range of mental and physical health concerns. While that broad spectrum can be helpful in obtaining benefits or resources to help the disabled, it puts them at a unique disadvantage when it comes to accusations of sexual abuse or assault. Some victims may be physically unable to speak, or intellectually unable to articulate what happened to them. Other victims may have a more difficult time getting police or juries to believe them.

Stubblefield’s defense attorneys attempted to establish that the woman was not developmentally disabled — claiming she had a California driver’s license without restrictions, was fluent in social media and held down a number of jobs, among other arguments — and that the encounter was an instance of paid consensual sex. They also disputed whether Stubblefield used a gun during the attack; no gun was presented as evidence, and the woman testified that Stubblefield may have been holding a cellphone.

The arguments used by Stubblefield’s lawyers, that a woman who could drive a car and use social media and have a job – in short, that anyone who can function in American society in any capacity –could not be developmentally disabled is a common one in defense cases. It plays on stereotypes about what disability is, and uses them against victims who may have difficulties articulating their truths, even if they have no problems distinguishing between truth and fiction.

Under California Penal Code Section 261, persons with mental disorders, or developmental or physical disabilities, may be deemed unable to give consent. If there is no consent, then it is rape. It is also rape if the person submits to sexual intercourse under duress, which can include “a direct or implied threat of force, violence, danger, or retribution.” This, too, constitutes rape. And though the jury did not find Stubblefield guilty of separate charges regarding consent, they still found him guilty on three other counts. Whether it was a cellphone or a gun that he held, Jane Doe felt threatened, meaning she was under duress.

At Taylor & Ring, we fight for justice for the survivors of sexual assault and rape throughout California. If you or a loved one needs help, we are your advocates. To arrange a consultation with a Los Angeles sexual assault attorney, call our team today at 310.776.6390, or fill out our contact form.