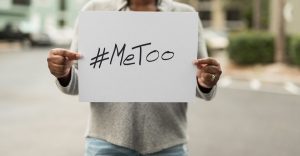 Bill Cosby, once a respected comedian, television actor, and public speaker, has since been sentenced to 3-10 years in prison for committing sexual offenses. In an era of Harvey Weinstein and Matt Lauer, or #MeToo and #WhyIDidntReport, it is easy to forget that Cosby’s crimes once dominated the headlines. Over and over again, we heard that the women who were drugged and molested by Cosby could not file lawsuits because the statute of limitations had run out. It was a refrain that repeated for Weinstein’s victims, too.

In the end, Cosby was convicted in only one case. He has finished his first year in prison, and was just billed $2.75 million in legal fees. He is, of course, disputing the charges.

One question people ask over and over again – in the Cosby case, in claims against the Vatican, in lawsuits against the Boy Scouts of America – is, “Why didn’t these victims come forward sooner?”

There is no one answer to this.

Victims may feel embarrassed about the situation, fearful of their attacker, and afraid of retaliation for going to the cops. Some victims blame themselves. They see news stories where women and men and denigrated for coming forward, and they think they will not be believed. They learn about the backlogs of rape kits in cities across the country, and they feel nothing will be done. They don’t want to seem weak, or they can’t remember all of the details of what happened to them, or they DO come forward to others and are given bad advice.

Bill Cosby was a powerful man. So was Harvey Weinstein. Accusing powerful men of sexual assault is not easy, especially when they have a battalion of lawyers on their sides.

Is it possible to seek justice for sexual assault crimes years later?

As of January 2019, adults who were sexually assaulted could bring a claim:

As of January 2020, with the passage of AB 218, childhood victims of sexual abuse have until they reach the age of 40 to file a claim, and discovery is increased from 3 years to 5 years. It also offers a look back period of 3 years, which allows any claims that would have been barred in the last 3 years can move forward. If any efforts were made to cover-up the child sex assault, victims may be entitled to triple the damages.

Even if a sexual assault has taken place years ago, it is still possible to seek justice for those crimes. If you are the victim of a sexual assault and you are ready to hold the perpetrator responsible, contact Taylor & Ring in Los Angeles today. You can use our convenient contact form or call 310-776-6390. We represent victims of sexual abuse and assault throughout California who are ready to seek justice.