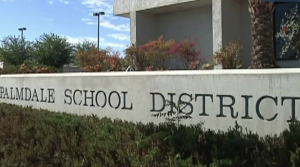 John C. Taylor and Neil Gehlawat are representing Katura Stokes in a lawsuit against Palmdale School District for racial discrimination. The Ms. Stoke’s son’s science teacher, who did not log out of a Zoom meeting, spent about 30 minutes making racist remarks about the student, the student’s family, and Black people in general.

“It’s unthinkable that an educator would mock and belittle this family and there is no doubt that this incident has scarred them,” attorney John Taylor told the AV Times. “All children are entitled to receive an educational experience free of discrimination and this video has demonstrated what minority students often face behind the scenes today.”

This young man was seen visibly crying and upset when this teacher made the comment about how kids like him are raised to lie, and to make up excuses,” attorney Neil Gehlawat told Good Morning America. “He’s visibly seen crying on screen and running out the door.”

Ms. Stokes’ 12-year-old son was struggling with the online platform used for his science class. Per the AV Times, the school suggested she talk to her son’s teacher, who scheduled a Zoom meeting. But the teacher never closed out the conference. For the next 30 minutes, the teacher spewed angry comments and racial prejudices to her husband.

Ms. Stokes recorded the “hot mic” on her phone, and called the principal while the teacher was ranting, placing the principal on speakerphone to listen in. During the video, the teacher writes “an email to the boy’s other teachers in which she repeatedly mocks and denigrates his mother.” The teacher was allowed to resign from her position at Desert Willow Fine Arts, Science and Technology Magnet Academy.

“They were shocked,” Taylor said in an interview with CBS 2. “They were devastated that a teacher, when they contacted her for help, was now calling the family ‘scammers’ or ‘liars’ as well as racist epithets.” Taylor told CBS 2 that Ms. Stokes recorded the video because she didn’t think she would be believed if she reported what happened.

Gehlawat told KTLA 5 that the video shows the educational inequality that people of color face. “Like many parents whose children have struggled to transition to online schooling during the pandemic, Ms. Stokes reached out for help – and in return, she discovered that her son was being treated unfairly because of the color of his skin.”

“This is what Black people do”: Palmdale teacher’s racist rant on Zoom recorded by parent | ABC7

This is not the district’s first brush with racial insensitivity

Palmdale has faced scrutiny for racial insensitivity before. Per the Los Angeles Times:

In 2019, a principal took a picture of four elementary school teachers smiling as they displayed a small noose. An investigation concluded that the teachers did not understand that nooses, a frequent tool of lynchings in America in the 20th century, are viewed as a symbol of racial animus.

All four teachers were placed on paid leave and eventually left the district, while the principal also was “processed out” of her position.

Ms. Stokes has filed a claim, alleging “defamation, negligence, civil rights violations and infliction of emotional distress.” She is also asking that Palmdale School District “investigate whether the discrimination extended beyond the science teacher. The family also wants the school district — whose enrollment is 75% Latino, 15% Black and 10% white and other races — to improve racial sensitivity training.”

Taylor & Ring has built its reputation on seeking justice, and has substantial experience handling claims of discrimination and abuse in school districts in Southern California. If your child has been a victim of racial profiling, discrimination, or harassment, we are here to help you fight back. To schedule a consultation with one of our Los Angeles attorneys, please call us at 310-776-6390, or fill out our contact form.