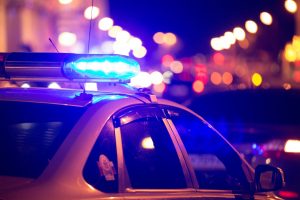 Two new laws going into effect in 2019 intend to provide more transparency into police activity here in Los Angeles and throughout California. The first law, which went into effect on January 1, makes certain police incidents – including shootings and assaults – public record.

The other law, going into effect in July, will provide access to police audio and video recordings related to officer use of deadly force.

SB 1421, which went into effect on the first of the year, requires agencies to make police department records available under the California Public Records Act (CPRA). These records can include:

There are some restrictions on the public disclosure of these records – including preserving anonymity of complainants or witnesses, personal data, or other information that might constitute an invasion of privacy that outweighs public interest.

AB 748 goes into effect July 1, 2019. This bill addresses audio and video footage, including body cameras, in incidents involving either the discharge of a firearm at a person by a police officer, or incidents involving the use of deadly force. This law will require these recordings to be made public under CPRA.

Before AB 748 was passed, these types of recordings were exempt from any CPRA requests when disclosure could endanger the safety of a person, or hinder an investigation. The new law allows authorities to delay release if disclosure would interfere with active investigations, or redact information to protect the privacy of people involved.

Recently, the California Supreme Court rejected a challenge from the San Bernardino sheriff’s deputies union that the new laws should only apply to incidents in 2019 and forward. The laws’ author, Democratic state Sen. Nancy Skinner of Berkeley, said, “Good policing requires community trust, and one way to build that trust is transparency.”

If you’ve been injured or mistreated due to police misconduct, talk to the attorneys at Taylor & Ring. We work to hold the right people accountable and seek justice on your behalf. Call our Los Angeles injury lawyers today at 310.776.6390 or complete our contact form to schedule a consultation.