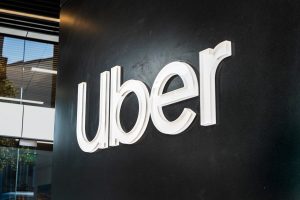 Back in December 2020, the California Public Utilities Commission (CPUC) hit rideshare giant Uber with a $59 million fine over their refusal to provide data on sexual assaults. On July 15, Uber and CPUC announced a settlement where Uber will avoid nearly all of the hefty fine and provide the information to the regulatory authority.

The agreement, crafted in part by the Rape, Abuse & Incest National Network (RAINN), requires Uber to comply with all future CPUC data requests, including information about Uber employees involved in sexual assault claims. Information regarding victims will be anonymous, although victims will have the option to have CPUC contact them for further details.

Why was Uber fined in the first place?

In 2019, Uber released a report disclosing the alarming prevalence of sexual assault occurring during its watch – approximately 6,000 reported cases between 2017 and 2018. Although this report was met with shock in the media, the hundreds and hundreds of rideshare sexual assault victims certainly weren’t surprised.

This report caught the attention of the California Public Utilities Commission, which regulates privately owned electric, natural gas, telecommunications, water, railroad, rail transit, and passenger transportation companies (like Uber and Lyft). The CPUC almost immediately contacted Uber about the report, requesting information about specific details on assault incidents and other specifics mentioned in the 84-page document.

Uber failed to answer any of their requests, claiming that any further disclosure of data would be a privacy risk for both assault survivors and Uber employees. A judge eventually informed Uber they could provide this information under a confidentiality seal – yet Uber continued to withhold the data. In their ruling, the judge came to the $59 million amount by fining the company $7,500 for each time Uber refused to answer the CPUC’s questions.

The judge gave Uber a deadline of early January 2022 to provide the data without identifying specific victims, as well as threatening to suspend its license to operate in the state of California.

The settlement is a result of months of discussion between Uber, the CPUC, and RAINN. Although still pending approval by a judge, the CPUC agreed to slash the $59 million fine to $150,000 on the following terms. Uber must:

Tony West, senior vice president and chief legal officer at Uber, said in a statement, “We’ve been able to find a path forward that preserves the privacy and agency of sexual assault survivors. We look forward to continued collaboration with the Commission to shine a light on this societal issue and help set the standard.”

Uber certainly doesn’t stand alone when it comes to sexual assault problems. Although Lyft pledged to release its own safety report similar to Uber’s, it has not yet done so. The company told CNN it planned to release their report at the end of 2019, and then again in 2020. However, in March, the company said they were waiting for the results of the Uber and CPUC issue before releasing their own report.

Lyft spokesperson Ashley Adams told CNN Business at the time, “The CPUC’s recent actions put victims’ privacy at risk and must be resolved before we will release our safety report.”

The longer Lyft waits to take action, reports of sexual assault continue piling up. As of June, according to CNN, at least 72 passengers have filed lawsuits against the company over alleged incidents of assault. Further, several of the cases allege “Lyft has been aware that its drivers were sexually assaulting and raping female passengers for years but has failed to take adequate steps to protect passengers and warn them of the issue.”

A law firm handling some of the cases against Lyft told CNN they have over 400 clients with cases currently under investigation and prosecution, with one associate attorney saying, “These [cases] are going to keep coming unless [Lyft] changes its procedures or institutes more safety measures. Uber is at least making an attempt to be open with the public. … Lyft is not doing that at all.”

Another attorney added, “They’re not cooperative.”

Some experts believe that Lyft has too much at stake to release a sexual assault data report at this point in time. The company has built a reputation on safety as well as an organization that cares about women and social issues. Their lack of transparency may hide some dark information that could tarnish their public reputation in the rideshare market.

A 2019 securities fraud class action lawsuit against Lyft claimed, in part, that the “majority of sexual assault complaints and litigation ‘were not publicly known until after the IPO,’ even though assault victims often lodged individual complaints with Lyft. Specifically, Plaintiff points to the ‘pervasive’ nature of the problem and the limited information available to the public.”

If you have been sexually assaulted, feel free to browse our California and federal resources library. And, when you are ready, please contact our offices for help.

At Taylor & Ring, our sexual abuse and assault attorneys work to protect the rights of victims and survivors in Los Angeles. We hold abusers and the companies that employ them accountable when they cause physical and emotional harm. Contact us today to find out how we can help you. To schedule a free consultation, call our office at 310-776-6390, or complete our online contact form.