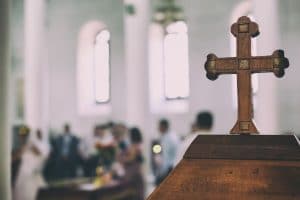 A recently published Vatican manual on how to handle sexual abuse allegations within the Catholic Church instructs bishops to report all of these allegations to law enforcement, even when there is no legal obligation to do so.

The manual directs ecclesiastical authorities to produce a report and provide it to relevant civil authorities if it is deemed necessary to protect any individuals involved in addition to protecting other minors from becoming future sexual assault victims.

The manual does not have any legal authority, but it requires clergy to submit to legitimate subpoena requests. It also instructs those in the clergy leadership to refrain from dismissing anonymous allegations outright or others that are outside the timeframe of the statute of limitations, without conducting further investigation. An allegation may be dismissed if a bishop determines it has no possibility of being true due to the location of the accused relative to the time of the allegation.

The manual defines certain boundary violations that are not necessarily direct sexual assault, but may be categorized as abuse – these include production of pornography, propositions and/or conversations the sexual nature, and exhibitionism.

Some of the changes to current procedures and norms outlined in the manual include her handling sexual abuse allegations:

A step in the right direction, but only a small one

The Vatican is taking the right steps regarding clergy policing their own, but the new manual is not nearly forceful enough. There are a lot of “should do,” not “must do,” which provides too much room for interpretation. Further, it does not make any changes for the most critical element: confession. As NPR reports, “a cleric is under no obligation to report the sexual abuse of a minor or of a mentally or physically infirm adult if he learns of it through a perpetrator’s confession.”

For Los Angeles’ faithful, confession is a sacred right, and breaking the seal of confession will lead to excommunication. While we respect the rights of those who believe, we cannot support turning a blind eye to the victims of abuse, who many never get the justice they deserve.

At Taylor & Ring, we fight for victims of sexual assault and abuse by religious figures. If you need help making a claim or a strategy to pursue your claim effectively, our sexual abuse attorneys in Los Angeles know what to do. To arrange a free consultation, call us today at 310.776.6390 use our contact form.