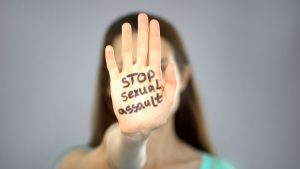 “Consent” is the agreement between two people to engage in whatever sexual behaviors they want. Theoretically and ethically, this is a simple thing. But the reality is that there are gray areas in the laws, and those shades of gray can make it incredibly difficult for victims of sexual assault to get the justice they deserve.

In California, the legal age of consent is 18 years old.

Moving from “no means no” to “yes means yes”

Sexual consent is the ongoing agreement to participate in sexual contact with another person. Without the consent of both parties, sexual contact becomes sexual assault or rape.

Planned Parenthood uses the acronym FRIES as a mnemonic device to help everyone remember all aspects of consent:

Every individual is the sovereign authority over what does and does not happen to his or her body. A person can give consent and then revoke it at any time during the encounter.

Rape and Incest National Network (RAINN) describes these activities as what consent does not look like:

How is sexual assault and rape defined by California law?

Sexual assault is a broad term for unwanted sexual contact. Rape is engaging in sexual intercourse with another person who is unable or unwilling to give consent.

So, rape does not always involve a menacing stranger overtaking a vulnerable individual in a dark alley or behind a dumpster. Sexual assault and/or rape can occur between intimate partners, between friends, or someone you just met at a party and have been having a really fun time getting to know. It does not have to involve screaming or fighting, but it is considered sexual violence because it is done against the will of the person being raped.

Consent is the key difference between a positive encounter and an act of assault. If you were sexually assaulted on a date or by a stranger, you are welcome to call the trusted Los Angeles sexual assault lawyers of Taylor & Ring to find out how we help survivors seek the justice they deserve. You can call 310.776.6390 or complete our contact form to schedule a free consultation today.