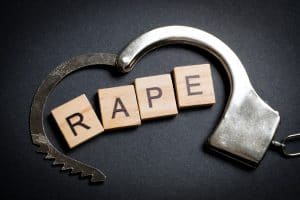 Type the term “rape kit backlog” into a Google search and be prepared to be overwhelmed. Victims of sexual assault have been told for years that allowing for the collection of DNA evidence is their best chance at catching their attacker. Already traumatized victims undergo a special rape exam where they are literally picked over with a fine toothed comb in the hope that something left on their bodies will point to the person who brutally violated them, and put the attackers where they belong – in prison.

It’s a difficult task for a victim to undergo a rape kit. The ability to collect useful DNA for lab testing more than 72 hours after a sexual assault diminishes substantially. Victims put themselves through it hoping for justice. They never realize that they could wait years, if ever, to see their attacker locked away because while their kit had to be performed expeditiously – well – actual testing is another story.

What is the rape kit backlog?

The rape kit backlog is exactly what it sounds like. Rape kits collected from victims that are sent off to labs for testing wind up being cataloged and stored for future inspection until such time as earlier submitted kits can be tested. In short, there aren’t enough resources to test the number of rape kits being submitted in a timely fashion, so justice is paused.

A less understandable reason for rape kits failing to be tested is that police departments simply didn’t send them to the lab. Victims being revictimized by law enforcement is entirely preventable and inexcusable. When a statute of limitations is in play, particularly in a brutal sexual crime, proper protocol for evidence has to be followed to the letter. This means ensuring every rape kit safely arrives at a bona fide testing facility.

As have other states, California has recently passed a law to deal with the mounting backlog of rape kits that deprive victims of their day in court. In October, a new law was passed requiring that all newly collected rape kits be submitted to a lab for testing within 20 days of the crime, and the kits must be tested within 120 days of receipt.

While this doesn’t resolve the already existing backlog of what is believed to be hundreds of thousands of kits across the country, it should prevent cities from throwing additional victims on the pile who have been left with the impression that the state will “get to you when we get to you.”

While the new law doesn’t specifically address the existing backlog, cities are working to process the kits. In 10 months, San Diego alone has cleared 300 of approximately 1,000 rape kits that had been sitting for the last 30 years.

When you’re a victim of date rape or sexual assault by a stranger and you did everything in your power to make sure your attacker could be caught, you deserve the same effort be put forth by law enforcement and the state. At Taylor & Ring, we fight for victims and their families. To schedule your free consultation, please call our Los Angeles Sexual assault lawyers at 310-776-6390 or fill our contact form.