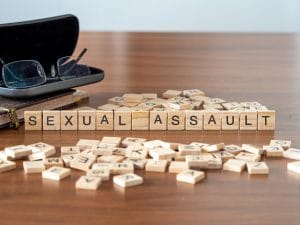 Harvey Weinstein has become a household name over the past couple of years, and not for anything positive. The #MeToo movement is the result of the legendary movie producer’s reprehensible behavior. It has also led to numerous allegations of sexual assault, rape, and sexual harassment on a bi-coastal level.

It all began unraveling for Weinstein in October 2017 when high profile actresses, including Ashley Judd and Rose McGowan, spoke out against the man who helped boost their careers in while simultaneously degrading them. The man who helped skyrocket numerous stars to the top has fallen – and hard. Crimes of a sexual nature have been hidden in Hollywood for decades, but it seems that the men and women who helped make the elite of the film industry very wealthy have had enough.

New York and California get a bite at the apple

Harvey Weinstein’s busy career took him to many jurisdictions and at this point, two of them have investigated thoroughly enough to have been able to charge him with sex crimes. Once the trial in New York has come to a completion, it’s expected that California will ‘request’ his presence to stand trial for the crimes he has been alleged to commit there.

The United States Supreme Court has upheld something called the Dual Sovereignty Doctrine. This legal principle allows the criminal prosecution of a defendant in more than one state for the same crime when committing that crime involves the individual breaking the laws of each state. It also allows for prosecution of the same crime on both the state and federal levels because they are separate sovereigns.

Some might question whether this doctrine violates the clause against double jeopardy under the fifth amendment to the United States Constitution. The language states that “… nor shall any person be subject for the same offense to be twice put in jeopardy of life or limb.” The same offense refers to the identical same charges in the same jurisdiction. When a different jurisdiction (state or court system) files new charges for the same crime, the charges are no longer the “same.”

Simply put, if you are in the same court in the same state, you can’t be tried twice for the same crime. If you crossed state lines and repeated the same crime elsewhere, that state (and even the federal government) can charge you under that state’s criminal statutes. Because Weinstein sexually assaulted, raped, and harassed victims in other states, any state that determines there’s enough evidence to try him, can do so under its laws.

Why Weinstein should be worried about other jurisdictions

While our laws don’t extend abroad, the United Kingdom has also been investigating allegations of sexual assault by nine women. Some incidents reportedly happened in the Republic of Ireland and London so Weinstein may very well face charges there as well at some point. The United States and the United Kingdom abide by an extradition treaty that would allow justice to be served across the pond for any serious crimes affecting that country or its citizens.

The impact of #MeToo

If nothing else comes out of the #MeToo movement, it’s the reality that many victims, both men and women alike, try to go on with their lives after a sexual assault. A vast number of victims never report the traumatic incident at the time out of fear they won’t be believed, that their lives will be further ruined because of who the perpetrator is, and that their names will be dragged through the mud while trying to stand up for themselves.

In cases like Weinstein, where a single aggressor has left a long trail of attacks and victims, eventually those victims find one another and find it easier to collectively bring their attacker to justice. In this case it took years of the behavior being seen for the dam to finally burst, but burst it has and he’s now paying the price.

Whether or not Weinstein is convicted in criminal court, he’s now facing a slew of civil claims from which he’ll likely never escape. With over 80 victims who have come forward and attacks going back 40 years, it’s almost inevitable that more will surface over time.

Taylor & Ring knows that shining a light on a sexual assault is one of the toughest roads a victim can take. Our client-focused attorneys will be there demanding that your attacker be held responsible for the pain he or she has caused you. We place great importance on helping clients fight to regain their lives with the dignity they’re owed. To schedule a free consultation with one of our dedicated Los Angeles sexual assault attorneys, call us at 310-776-6390, or tell us your story by reaching out to us through our contact form.