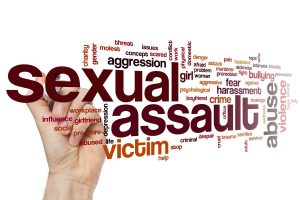 Several prominent men in the Los Angeles, CA area have recently been charged with sexual assault crimes against women. Adult film actor Ron Jeremy (Ronald Jeremy Hyatt), 67, is one of these men. The charges filed against him include the rape of three women and the sexual assault of a fourth. The alleged victims range in age from their 20s to 40s. If convicted, Jeremy potentially faces 90 years to life in state prison with a possible requirement to register as a sex offender.

On Friday, June 26, Jeremy pleaded not guilty to the charges. Jeremy posted on Twitter, “I can’t wait to prove my innocence in court! Thank you to everyone for all the support.”

According to Jeremy’s attorney Stuart Goldfarb, witness testimony given to the detectives in the case and to his own private investigator sheds doubt on the veracity of the allegations. His attorney also contends that the adult film star’s long history as an adult performer makes him unlikely to be guilty of sexual crimes, claiming that Jeremy often touches women with their consent during public events.

Jeremy is one among three others recently charged with sexual assault by a Hollywood task force started in 2017 by Jackie Lacey, District Attorney of Los Angeles. The task force was developed to conduct investigations of sexual misconduct within the entertainment world and has so far investigated more than 20 men. The two other men investigated and charged under this task force are Hollywood mogul Harvey Weinstein and producer David Guillod. Guillod’s attorney strongly denies the allegations against his client, pointing to the collection of an overwhelming amount of evidence throughout the investigation to counteract the charges. He has also stated that his client has denied allegations of sexual misconduct for the past eight years.

The Hollywood task force began its investigation of Jeremy in the midst of an avalanche of sexual harassment and assault allegations that kicked off in late 2017 involving reports about Weinstein.

Prior to the establishment of the Hollywood task force, prosecutors in Los Angeles also charged actor Danny Masterson of “That ‘70s Show” with the rapes of three women. Masterson has also denied the charges against him, with his lawyer asserting that his client will be found not guilty.

Sexual assault victims in California have the right to pursue justice

Sexual assault and abuse victims are susceptible to long-term emotional and psychological effects, lasting years after they were assaulted. Residents of Southern California who suffered these injustices have a legal right to file criminal charges, in addition to seeking financial damages in a civil lawsuit against the responsible party.

Even if the person or persons who hurt you are found not guilty in a criminal trial, you still have the right to pursue justice in a civil trial. They can be held liable for your injuries and trauma, and mandated to compensate you for lost wages, lost future earnings, medical expenses, pain and suffering, and loss of companionship.

At Taylor & Ring, we are here to help you obtain the justice and compensation you deserve if you have been wronged by another party for sexual harassment, sexual assault, or rape. Our sexual assault attorneys in Los Angeles understand the devastating impact sexual misconduct and harassment has on victims. We are here to be your strong advocates to pursue the legal remedies you are owed in Southern California. To arrange a consultation about your case, call our team today at 310.776.6390, or fill out our contact form and send us a message.