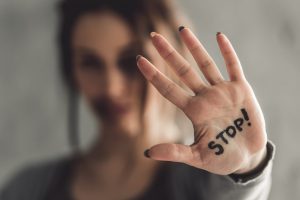 When most people think about adult movies being filmed, they assume that all the actors have given consent to engage in every sex act that goes on. That’s no more the case than if a company executive were to sexually assault a personal assistant. Adult film is big business and just like in any other field, there are safe and reputable film studios and actors, and there are those that turn a blind eye to assault and sexual harassment because certain actors bring in the money.

One primary issue is that sexual abuse runs rampant in the industry, which is often the result of contract terms conflicting with real life movie making. Performers feel forced to agree to go along with sudden script changes or roll with a scene that was never disclosed until the film was rolling. In a typical movie this may be more annoying than dangerous, but when you’re talking about intimate acts that require consent, it’s the difference between employees staying quiet about being raped or losing their livelihood and being blacklisted from the industry.

One look at some of these statistics and you’ll see why film and studio crews not only fail to report sexual assaults but actively encourage them causing harm to workers:

Ron Jeremy was once the biggest performer in adult film and has made well over 2,200 movies, not including his cameo appearances in mainstream movies. Because his was synonymous with many dollar signs in the adult film industry for so long, he got away with committing many violent acts against his female costars. The culture shift of Hollywood has also started to invade the world of adult film where performers are now vocalizing that it’s not okay to violate them even though they’re being paid to engage in scripted sexual encounters. Even in porn, no means no and that’s what Ron Jeremy’s victims are hoping to teach him by coming forward.

Jeremy was arrested in June 2020 on four counts of sexually assaulting women in West Hollywood. He’s now going to have to fight 28 more counts spanning the years of 2004 to 2020 that include:

As more women choose to be heard it can create a ripple effect that gains a lot of momentum as everyone has seen in the Harvey Weinstein case. California prosecutors are now seeing dozens of victims coming forward from around the country.

Not every woman who was attacked by Jeremy worked in adult films but many of them are reporting that he raped and abused them during their employment. At least 50 women have been interviewed since the June arrest and those whose claims could not result in criminal charges are expected to testify at his criminal trial.

Feeling safe at work in any film industry should be a right, not a gamble depending upon who your employer and coworkers are. Your personal safety and free consent should be respected and is more valuable than any movie revenue. Whether or not you choose to pursue criminal charges you can hold your attacker accountable through a civil suit.

If you have been sexually assaulted while working in film or tv, the Los Angeles sexual assault attorneys at Taylor & Ring are here to offer you the legal guidance necessary to proceed with healing on your terms. To schedule your free confidential consultation with one of our experienced attorneys, call us at 310-776-6390, or we welcome you to reach out to us through our contact form.