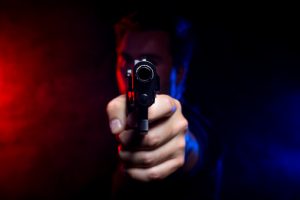 The wheels of justice may turn slowly, but turn they do. In this case, they turned in the right direction for the family of Christian Eaddy, a young man gunned down in his own driveway by LA police, while his family watched on, helpless. John Taylor, of Taylor & Ring, obtained a $2 million settlement in March of 2017 – four years after Eaddy was killed.

The outcome is bittersweet. Christian Eaddy was 26 years old when he was shot: a young man with a brain injury stemming from childhood. When police were called to his home in 2013, it was because Eaddy’s “cousin called 911 to report that Eaddy was stabbing himself with syringes and was carrying two kitchen knives. The cousin told a dispatcher that Eaddy said he was trying to commit suicide,” as reported by the LA Times.

Instead of care and compassion, Christian Eaddy was shot down by a member of the police force, at the same exact moment that another cop, Officer Fernando Avila, was attempting to restrain him through the use of a stun gun. Eaddy was shot within 40 seconds of the police responding to the call – 40 seconds. It took less than a minute for both officers to come to vastly different conclusions: one saw a man who could be stopped using less deadly force, and the other killed a man.

The jury, too, saw that Christian Eaddy’s death could have been avoided. They listened to both sides of the story – two arguments that contradicted one another in many ways. They rendered a verdict of $2.2 million in August of 2016, and the City Council of Los Angeles finally agreed to settle the case for $2 million on March 29, 2017.

This justice may have been a long time coming, but John Taylor never gave up. At Taylor & Ring, we fight for justice for every victim and their families. While we know that no money will ever bring Christian Eaddy back, we are proud that justice has finally been served.

Taylor & Ring is a prominent personal injury law firm serving clients in Los Angeles and throughout Southern California. If you have been a victim of police brutality, have had your civil rights violated, or have sustained a serious personal injury because of the negligence or willful act of another person, we may be able to help. Please call 310-776-6390 or fill out our contact form to learn more.