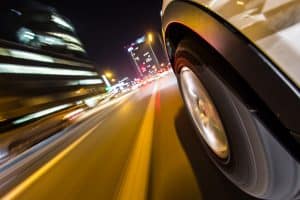 Most drivers understand the concept that speeding-while-driving has the potential to reap disastrous results. Although speeding and reckless driving may only result in receiving a traffic violation ticket, it can also end much more tragically, with life-changing injuries and even death as the consequence.

The recent tragedy of a famous couple

In the early morning hours of Wednesday, Jan. 31, former NBA player Rasual Butler along with his wife, Leah LaBelle lost their lives in a car crash in Studio City, California.

The accident occurred around 2 AM that early morning. Driving a Range Rover, Butler reportedly lost control of the vehicle which hit a parking meter and flipped over before it crashed into a wall. A report from NBC Los Angeles stated that police said the vehicle was moving at two to three times the speed limit.

The most tragic consequence that can come from speeding is a fatality. According to the National Transportation Safety Board (NTSB), between 2005 and 2014 there were 112,580 fatalities in which a vehicle’s speed was a factor in the accident. This represents 31 percent of all traffic fatalities.

There is never a satisfactory reason to place yourself and others in unnecessary harm by speeding or driving recklessly. However, some of the reasons why drivers speed include:

Why does speed kill?

Speeding is a traffic offense that should be taken seriously. Traveling at an unsafe speed combined with particular road conditions can result in disastrous consequences in terms of human life and property damage. Some of the reasons why speeding at any time is dangerous and potentially fatal, and which can also be backed up by basic physics, include:

No amount of financial compensation could ever make up for the pain and suffering, and too often, the loss of life endured by family members of a loved one involved in a serious car crash. However, the victim can begin to move forward and rebuild if financial recover is obtained through a speeding accident claim. Some of the recovery in the financial sense that is accessible to successful claimants includes damages for loss of earnings, loss of future earnings, medical bills, pain and suffering, emotional trauma, and future medical expenses.

As the victim of a car crash due to the fault of another party, it’s important to have strong and intelligent legal representation on your side to fight for the compensation you are owed. At Taylor & Ring, we can discuss your accident and its aftermath upon you or your loved one, and also go over your options. To arrange a free consultation with one of our Los Angeles car crash lawyers, use our contact form to send us an email or simply call us today at 310-776-6390.