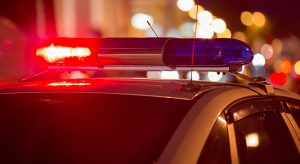 Los Angeles County is notorious for its high-speed police chases. These dangerous pursuits even draw nationally televised audiences, as people across the country tune in to watch the action unfold. But these chases are not scenes from some action movie. They are real-life events that put people and property in serious danger.

The LA Times conducted data analysis of police chases initiated by the LAPD between 2006 and 2014. The publication reported that one in every 10 of these car chases resulted in civilian injuries. This amounted to 336 bystander injuries. 2015 proved to be even more dangerous, with more civilian deaths than any other year in the preceding decade.

A Los Angeles County civil grand jury also examined the rate of police chase injuries in a recently released report. Among its numerous findings, the grand jury concluded the following:

Who is liable when high-speed chases lead to injuries?

The LAPD pursuit policy is reportedly one of the most permissive in the state of California, allowing chases of motorists suspected of felonies or misdemeanors, including suspected intoxicated and reckless drivers. Pursuing an individual who is already placing drivers on the roadway in danger can lead to even more risky circumstances. While law enforcement officers have a duty to promote public safety, it is problematic when their actions cause injury to innocent people. When injuries or fatalities occur during high-speed chase vehicle accidents, innocent victims and their families are left to deal with the consequences. A civil lawsuit can assist with the monetary challenges of these difficult circumstances, helping to pay for necessary medical care and lost wages.

Filing suit against a government entity is no easy task. People are often too intimidated to seek compensation from the state, particularly when the allegations involve wrongdoing by the police department or sheriff’s office. In addition, the state of California maintains strict regulations about filing a claim against a government entity. Failure to comply can prevent you from ever receiving the compensation your injuries deserve.

The experienced Los Angeles vehicle accident lawyers of Taylor & Ring have the skill and knowledge to hold law enforcement agencies and government entities accountable for the injuries they cause. If you or a loved one were injured in a Southern California police chase, contact our offices today at 310.776.6390 or complete our contact form.