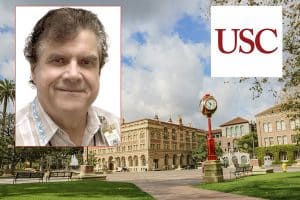 As of right now, at least 27 women have filed lawsuits against the University of Southern California and former gynecologist George Tyndall, for sexual misconduct, abuse and harassment. Taylor & Ring is proud to represent one of these brave women, whom we’ll call “J.C.,” in her quest for justice.

We believe this is the just the beginning. As firm partner Louanne Masry told the New York Times, “There will be other women coming forward. We’re getting lots of calls in. This is only going to grow.” CNN reported on May 30, 2018, that 52 women have come forward, and Tyndall may have seen as many as 10,000 students.

If you were sexually abused by George Tyndall of USC, Taylor & Ring wants to help. Please contact us to speak with an experienced lawyer about making a claim.

A recap of the accusations

As we detailed previously, George Tyndall was employed by USC in 1989. Over the last 30 years, there have been numerous complaints about Tyndall’s behavior. In 2016 he was suspended, but instead of reporting him or making him face disciplinary action, USC officials “allowed Tyndall to resign quietly with a financial payout. The university did not inform Tyndall’s patients. Nor did USC report him at the time to the Medical Board of California, the agency responsible for protecting the public from problem doctors.”

Among the most serious complaints, per the latest LA Times story, were Tyndall’s “use of fingers at the start of pelvic exams. Witnesses told The Times the physician routinely inserted one finger and then a second in patients after voicing concern that a speculum might not fit, and commented on the tightness of their vaginal muscles as he probed them.” Tyndall is also accused of making “vulgar” remarks about his patients’ genitalia, leering at women while they were undressed, and telling one woman “she likely had AIDS.”

It appears that all complaints made against Tyndall were ignored or swept under the rug. It took the action of Cindy Gilbert, a supervising nurse, to finally put an end to it: she reported him to the rape crisis center on campus. The school eventually filed a complaint with the state medical board, but not until March of this year.

Since then, Tyndall’s victims have started to come forth, filing lawsuits against the doctor, alleging sexual misconduct and abuse, as well as against USC, for its role in the cover-up. Since the initial LA Times report came out, USC President Max Nikias resigned.

Fighting to protect the rights of women

Taylor & Ring has always stood up for the rights of sexual abuse survivors, and this is no exception. J.C., we believe, is one of many women who were taken advantage of by George Tyndall – and one of many students who were failed by USC.

We know that coming forward is hard. We know what kind of frustrations and reactions you might face, and that reliving such an experience can be traumatic. But we also know that we will do whatever is in our power to hold Tyndall and USC accountable for their actions, and to seek justice for all of their victims. We encourage you to take your stand, and we promise – we’ll be standing right beside you the whole time.

Taylor & Ring has handled some of the most high-profile sexual abuse cases in California. We have built our reputation on fighting for justice for our clients, and for accountability by their attackers. If you were sexually abused by USC doctor George Tyndall, or subject to his abhorrent sexual misconduct, we would be proud to represent you. Please call 310.776.6390 or complete our contact form to schedule a free consultation with an attorney. Let us help you.