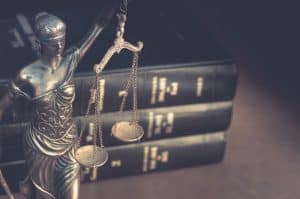 Taylor & Ring has always fought on behalf of sexual assault and abuse victims in California. That is why we are proud to announce that John Taylor and Natalie Weatherford recently secured a $25.3 million jury verdict on behalf of our client, Stephen W., against the Westerly School of Long Beach and Scott Durzo, who is facing 20 felony counts of child molestation.

The Long Beach Post reported parts of the statement issued by partner John Taylor, who said:

[The Westerly School] failed to follow its duty to protect and ensure the safety of all its students. The school had several opportunities to end the abuse against S.W., but the administration was ineffective in training its staff to follow the correct protocol and report inappropriate behavior. Unfortunately, S.W. has undergone tremendous emotional stress for many years and his ability to lead a normal life was ruined by Durzo. S.W.’s doctors and family are extremely concerned for his well-being.

The jury awarded $25 million for past and future pain and suffering, and $300,000 for future medical care. Durzo is responsible for paying about 65% of the total damages – $16.4 million. Westerly is responsible for 35%, or just under $9 million.

What you need to know about “grooming”

Durzo met our client in 2000, when Stephen was 8-years-old and attended Durzo’s summer sports camp. Between 2000 and 2005, Durzo did not abuse Stephen. But in 2005, Durzo hired Stephen as an assistant counselor, and the behavior changed. Per the complaint, “Over the next 3 years Durzo’s treatment of Stephen began to slowly shift from mentor to sexual. Durzo started to physically touch Stephen and would give him massages over his clothing.”

This behavior is called “grooming,” and can take place over years. Predators target a child, gain the child’s and family’s trust through friendly and “normal” behavior, isolate the child and over time, change tactics. They will often threaten children to keep them from reporting the abuse. It is the sexual assault equivalent of the frog in the pot of water: the frog does not notice, the old saying goes, that he is slowly being boiled alive. The children may not recognize that they are being abused, and if they do, may feel helpless about stopping it, for fear of harming their families or harming an important figure in their lives. Shame, guilt and confusion delay or prevent the child from reporting the abuse to parents, friends, or law enforcement.

This is what Durzo did to Stephen for years before he started touching him inappropriately.

Stephen was never enrolled in Westerly, (grades K through 8) but in 2008/2009, the school hired Durzo to run the after-school program. Fifteen-year-old SW worked for Durzo. The school then hired SW to be a recess supervisor. SW was on the campus all day and permitted to do his online school work in Westerly’s library, to use whatever resources the school had, and even to attend PE classes, to satisfy that requirement for his online education. As such, Westerly took responsibility for Stephen’s safety while he was on school grounds.

Part of that responsibility includes the role of mandated reporter to school students and personnel. If school officials had explained that their staff were obligated, by law, to report any suspected child abuse, perhaps employee Rodaina Moncaya would have reported her suspicions that Durzo was molesting Stephen, and put an end to the assault in the Fall of that school year. Instead, she kept quiet, not knowing who to report her suspicions to and fearing that if she told the school principal, she wouldn’t be believed, given the friendship between Durzo and school principal Tim Johnson. (In fact, Moncaya, another after-school program aide, was fired within 60 days of the school year start by Durzo, with Johnson’s full support, despite the fact that Durzo did not have an administrative role at the school, and that she had a contract running through the end of the year.) Durzo cut the hours of all the older after school aides, so that he was effectively unsupervised by any adult.

Furthermore, Moncaya was not the only person who suspected something wasn’t right about Durzo. Lorelai Estrada, a kindergarten teacher, also complained about Durzo, his erratic outbursts and bullying. Durzo had to be physically restrained by Johnson from attacking Estrada after a disagreement between the two– yet nothing happened to Durzo at all. Parents also complained about Durzo’s penchant for taking their children off-campus without permission, and at least one parent thought Stephen was too young to be a counselor.

All of this combined – Johnson’s deference to Durzo, the complaining parents, the lack of reporting – proves that Westerly put Stephen W., and every other child on their campus, at risk. They failed to train their employees. They failed to put any checks or balances on a relationship with a child they assumed responsibility for during school hours. They failed to properly supervise Durzo or Stephen. They fostered an unsafe environment.

But now they will be held accountable. As John Taylor told the Post, “It’s satisfying for the client. The client’s very happy that the jury understood that had the school done its job in realizing its responsibility to keep the kids safe, the abuse would’ve been cut off sooner. There were so many red flags that were there.”

Taylor & Ring will always fight for those who feel like they have no voice. We will always seek justice for our clients, and we do not give up. We have an established track record of holding schools accountable for the sexual abuse of their students. We congratulate John and Natalie on this significant verdict, and applaud the hard work and dedication to doing what was right for Stephen.

If your child was sexually abused or assaulted by a teacher, the Los Angeles attorneys at Taylor & Ring can help. Call us today at 310.776.6390 or complete our contact form to schedule a consultation. We proudly serve clients throughout Southern California.