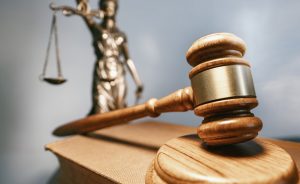 The last few years have forced a reckoning in Hollywood. Harvey Weinstein and Bill Cosby have stood trial, and countless others – Kevin Spacey, Louis C.K., Matt Lauer, etc. – have been exposed for their years of abuse and sexual assault.

Danny Masterson’s time may finally be at an end, too. He has been charged with three counts of rape “by force or fear” of three different women, dating back to the early 2000s. Masterson, who was well known at the time for his role as Hyde in That ’70s Show, appears to have several police reports filed against him, two of which appear to be from former girlfriends.

What to look for in the Masterson criminal trial

The multiple rape allegations Masterson is being tried for in a Los Angeles criminal court aren’t the only claims of this type of behavior from him out there. Masterson was fired from Netflix as the result of a sexual assault investigation. When that complaint failed to produce criminal charges, four other women came forward, which placed Masterson in the crosshairs of prosecutors.

As antiquated as it sounds, in California a rape charge of this nature can only succeed in a guilty verdict against someone who isn’t your legal spouse. In order to convict Masterson, a jury will also have to find that:

Some of these elements may be tough to overcome as they’ll rely heavily on testimony of the victims. It’s also possible that a guilty verdict could be reached on one or two victims rather than all three depending upon the credibility factor.

Another hurdle Masterson’s legal team may be faced with is evidence of prior bad acts being introduced. It seems that two other reports of sexual assault made to police were unable to be included for technical reasons, including the statute of limitations running. While those women won’t be able to seek justice, they can still certainly be heard by having their allegations introduced as evidence of Masterson’s pattern of bad behavior under California law.

Can a civil suit be filed for rape?

A civil suit can always be filed against a perpetrator of a sex crime such as rape or sexual assault, regardless of whether a criminal trial ever takes place. In fact, four women are also involved in a civil suit against Masterson and the Church of Scientology. Because the victims in the criminal case have not been identified, it is unknown whether the plaintiffs in the civil suit are one and the same. Their civil case alleges Masterson committed sexual assault against each of the victims, to include violence and drugging their drinks.

While a criminal conviction would certainly help a civil case, it’s not necessary to win or even settle. Criminal cases rest on a standard that requires finding guilt beyond a reasonable doubt whereas in a civil case, you merely need to show guilt based upon a preponderance of the evidence. This makes civil cases a little easier to win when you have the right evidence such as:

Essentially anything that documents that you experienced a sexual assault or rape, whether the evidence depicts verbal, physical, or emotional signs of the attack.

There are many reasons a sexual assault or rape victim may not come forward for a long time to report their attack. Becoming the victim of a sex crime can be an unbearable feeling to deal with for years after the crime took place. Many victims try to put it behind them until something significant occurs that dredges up feelings of being violated.

If you have been the victim of a sex crime and you feel it’s the right time to finally be heard, the Los Angeles sexual assault and rape attorneys at Taylor & Ring will be your voice in seeking the justice you’ve been deprived of for so long. To schedule you free confidential consultation with one of our compassionate attorneys, call us at 310-776-6390, or if it’s more comfortable, we invite you to reach out to us through our contact form.