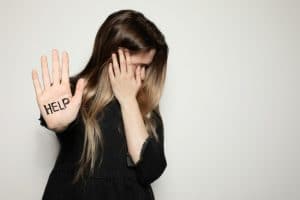 You may be witnessing a tragedy with horrific and lasting consequences for the victim. Traffic accidents of a different variety go unnoticed by so many who are looking right at them but don’t even realize it. Over the 10 year period between 2007 and 2017, the National Human Trafficking Hotline received nearly 35,000 reports of sex trafficking in the United States. These are only a fraction of the victims who endure daily abuse across the country.

Sex trafficking victims found in the United States come from all walks of life and from all over the world. It’s an epidemic that doesn’t discriminate based on gender, age, sexual orientation, or race. Because anyone can be coerced, threatened, or conned into becoming trafficked, it can appear that these marks are voluntarily participating in sex work. This is far from the truth.

There is a distinct difference between sex workers and sex trafficking victims – free consent. A college student who chooses to go to work for an escort service then willingly engages in sexual acts with his or her clients is a far cry from a teenager led to believe he or she is entering a relationship only to have a significant other push them into performing sex with strangers for cash.

Where does human trafficking occur most?

January is National Slavery and Human Trafficking Awareness Month. So how does the golden state fit into that picture? In 2018, California had the most human trafficking reports in the country and sex trafficking accounted for the majority of those life-destroying crimes.

While victims are typically thought of as being victims of violent abuse by a captor, often times they are groomed in scenarios that seem almost unthinkable. In September, a San Diego teenager reported that her teacher frequently attempted to manipulate her into prostitution, going so far as to parade potential clients in front of her at the school. Nobody was aware of what had been going on until another teacher noticed her crying and inquired as to what happened.

Sex trafficking occurs so often right under our noses that we’re stunned and left in almost disbelief when we learn that it affects someone we know or occurs somewhere we frequent. Recognizing the signs may afford you the opportunity to save victims, and maybe help punish those who prey on them.

There are numerous red flags that signify a situation may involve sex trafficking, including:

Common places you are likely to encounter sex trafficking victims are:

Victims of sex trafficking are often victims of sexual abuse. The compassionate sexual assault and abuse attorneys at Taylor & Ring want justice for those who were unwillingly coerced into performing devastating acts that profoundly affect your life. You weren’t given a choice and your abuser doesn’t deserve one either. Seek the closure that you deserve by filing a civil suit against the person who placed you into harm’s way. To seek advice from one of our educated and knowledgeable Los Angeles sexual assault attorneys, schedule your free consultation by calling us at 310-776-6390, or tell us your story by reaching out to us through our contact form.