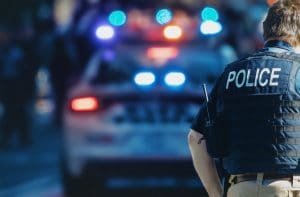 You’re speeding down the road after a night out with your friends. You’re in a good mood so the music and accelerator just got away from you. Then you see the blue lights in your rearview mirror. You’re being pulled over and you don’t have to guess why. Unfortunately, you got more than a speeding ticket.

It happens more often than we think. Police officers are taking advantage of their positions of authority and committing heinous sexual assaults against women and children all over the country. According to CNN, there were 461 police officers charged with rape between 2005 and 2014 in the United States, and based on news headlines, it doesn’t appear to be slowing down. Of the rapes charged, 49 occurred in California. That number doesn’t include allegations made that couldn’t be proved based on available evidence, or cases that may have been swept under the rug.

The research that was conducted by Bowling Green State University, which keeps a database on crimes committed by nonfederal sworn law enforcement officers, was compiled from Google search term hits alone. The true data on police officers committing sexual offenses is either non-existent or heavily protected from the public. In other words, this in no way encompasses complete figures of police officers committing these crimes, which also included:

If this data is only the result of search hits from Google that ended in 2014, just imagine what the actual numbers look like. A current Google search of just “sexual assault by police” pulls up a host of headlines:

While police officers on the whole are trustworthy protectors, there’s clearly a segment of the force across the country that were maybe waving red flags that should have been seen before they were able to harm anyone. One of those flags is possibly part of the solution: don’t hire officers who have been fired from other agencies. Another solution may be that if an accused officer’s family holds authority in the community, a different department should be investigating his or her wrongdoing.

Some police officers are leveraging the public trust placed in them to hunt for victims of opportunity, and there’s plenty of that to go around. Because police officers spend their days and nights on duty maybe with a partner, maybe alone, they have virtually no one hovering over their shoulders watching their every move. This makes it easy to victimize vulnerable people who may not have the same trusted reputation behind them.

If you have been the victim of sexual assault, or one of your friends or family have disclosed an assault to you, Taylor & Ring is here to help victims seek justice and closure. A civil suit may be the best avenue to heal the unwanted devastation caused to your life by a predator who believed you to be an easy target. We will help you prove your attacker wrong by seeking the compensation you deserve from every available avenue. To speak with one of our skilled, supportive Los Angeles sexual assault attorneys, schedule your free consultation by calling us at 310-776-6390, or tell us your story by reaching out to us through our contact form.