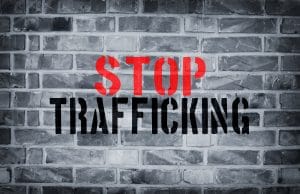 A decision in November of last year by the District Court of Massachusetts has helped clear up the issue of employer liability when illegal sex trafficking occurs on an employer’s property.

The case – Ricchio v. Bijal – involves Lisa Ricchio, the victim, who was kidnapped by Clark McLean, the defendant. Ricchio was held against her will for a number of days as a captive at the Shangri-La Motel in Seekonk, Massachusetts where McLean was staying. The hotel is owned by defendant Bijal, Inc. The operators of the hotel – defendants Ashvin and Sima Patel – are referred to in this lawsuit as “Bijal.”

Ricchio’s lawsuit against the hotel

The main issue in this case involves Peerless Insurance Company, a third-party defendant, which supplied an insurance policy to indemnify Bijal against any injuries incurred on the property in the motel. After this case was filed, Peerless tried to have the court remove their responsibility to pay out any damages stemming from Ricchio’s injuries. The insurance policy issued by Peerless did not include coverage of injuries resulting from a criminal act committed by the insured party. Thus, Peerless was contending that since Bijal was criminally liable for violations under the TVPA, they were not obligated to cover the cost of these injuries.

The TVPA assigns criminal liability to enterprises and individuals that provide sex trafficking and forced labor, and for those who knowingly benefit from participating in a scheme that includes such activity. Employers that permit such activity to occur within their businesses are held accountable under TVPA through the “knowingly benefiting” language of the Act. The argument of Peerless in the case was that since Bijal rented out a room to Mr. McLean and while he was engaging in criminal sex trafficking activity, Bijal profited from the criminal activity and knowingly benefited from it.

The court did not agree with Peerless in its reasoning. It found Bijal not guilty of criminality based on TVPA. The court did not find evidence that Bijal possessed knowledge or had reckless disregard of the knowledge that McLean in was engaging in trafficking at their motel. Therefore, since the TVPA requires the employer to benefit from such trafficking with knowingly or reckless disregard, they could not find a violation of the TVPA.

Rather, the court found that under the TVPRA, Bijal could be held liable for civil infractions since it has a lower standard to meet for liability than the TVPA. The court basically said that the employer can be held liable to a standard of negligence under the TVPRA when there is a discovery of human trafficking and its premises.

The decision in the case has put business owners, including hotel/motel owners, on notice regarding the need to thoroughly investigate their premises, including any customers and employees and their premises to ensure trafficking violations are not occurring.

Since plaintiffs only need to prove a negligence standard of causation to establish liability of the defendant under the TVPRA, the likelihood of civil cases in this area increasing in the future is high. The hope is that this threat of liability over employers will produce an incentive on their part to more carefully oversee their businesses so that sex trafficking does not occur under their observation.

Sex trafficking victims often experience severe sexual abuse that can leave scars for a lifetime. Our compassionate team of sexual assault and abuse attorneys at Taylor & Ring is here to fight for justice on your behalf against those who have caused you or your loved one such damage. If anyone placed you in harm’s way or allowed the harm to occur, we can also pursue damages from them on your behalf. To set up a free consultation about your case, give us a call today at 310.776.6390, or reach out to us through our contact form.