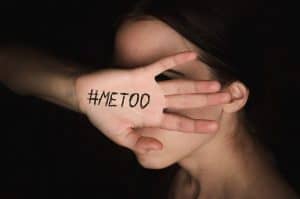 Sexual abuse survivors can often be hesitant to come forward and report the abuse they have suffered, and there are countless reasons for this. The decision to report sexual abuse or assault is a personal one. When survivors do choose to come forward, though, they can affect great changes. As attorneys who work for survivors, we have seen first-hand the legislative differences they make. We wanted to look at some of the more recent ones here, detailed in a CNN piece.

Dozens of women came forward to report that they had been sexually abused by disgraced comedian Bill Cosby, but he escaped prosecution in California because the statute of limitation for certain sex crimes was only ten years in the state. Because all the notoriety that the Cosby survivors received in the media, lawmakers in California began to get a clearer understanding of why some survivors take so long to report sexual abuse, so they decided to eliminate the statute of limitations for certain sex crimes. California state Senator Connie Leyva said, “Rapists should never be able to evade legal consequences simply because an arbitrary time limit has expired. There must never be an expiration date on justice.”

More than 150 women and girls accused former USA Gymnastics and University of Michigan sports doctor of sex crimes over two decades. Because Michigan’s statute of limitations required child sex abuse survivors to come forward and report abuse before their 19th birthday, many of the girls Nassar had abused were unable to bring charges. Rachel Denhollander, the first woman to publicly accuse Nassar of sexual abuse, helped to inspire Michigan legislators to pass a new law which gives child sex abuse survivors 15 years or by the survivor’s 28th birthday to name their abusers and bring charges against them. Larry Nassar was sentenced to 40 to 175 years in prison.

Pennsylvania priest abuse scandal might inspire a change in the law

When news that a Pennsylvania grand jury revealed that more than 1,000 children were sexually abused by hundreds of Catholic priests over seven decades, they pushed for eliminating the statute of limitations for criminal cases for child sex abuse. The Pennsylvania state legislature is considering a bill that would raise the age limit for filing a civil lawsuit for child sex abuse to age 50.

If someone you care about has suffered from sexual abuse or assault, we are here to help. The Los Angeles sex abuse lawyers of Taylor & Ring are committed to helping you obtain the justice and compensation you deserve because of the violation and injury you have suffered. You may set up a free consultation about your case with a compassionate sexual assault attorney from our team. Please call us today at 310.776.6390 or use our contact form to send us a message.