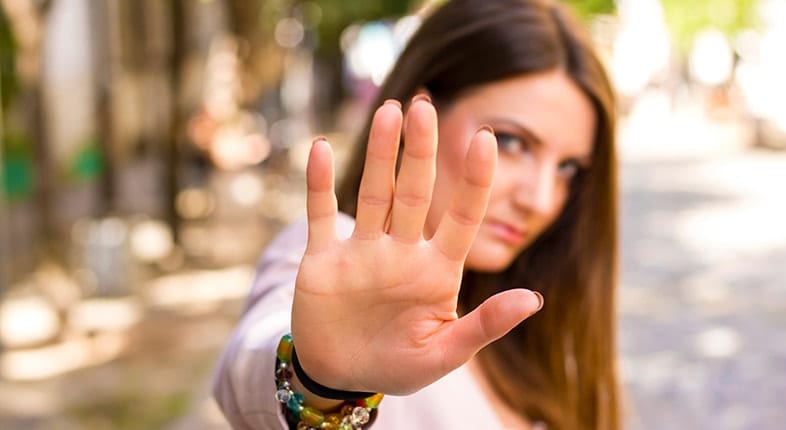 When you have been a victim of sexual assault and abuse, fear settles in not just about how you will manage moving past a violent episode in your life, but how others will view you if you come forward. Victims also experience concerns about being believed by law enforcement, having the strength to face their attacker if he or she is brought to justice, and whether they will be able to secure the resources necessary to repair their lives.

There is no mistaking the fact that a sexual assault will change your life in ways that you could never imagine, unless you have the misfortune of experiencing one. It changes the automatic trust that you have placed in certain figures in your community when the assault or abuse is perpetrated by a teacher, coach, youth group leader, caregiver, religious leader, or a family member – the people who are supposed to be the most protective of you. The emotional and psychological pain that follows the physical assault can be paralyzing.

As a victim, the most important thing that you can do for yourself is to show your abuser that you are stronger than him or her by holding him or her responsible both criminally and civilly. At Taylor & Ring, we want to help you win by punishing your attacker through incarceration and awarding you compensation so that you can reclaim your power, and your life.

Institutionalized sexual abuse refers to what has become viewed as the standard behavior of sexual assault and abuse that occurs in controlled settings that we have come to know all too well due to its frequent occurrence. Schools, churches and other religious settings, psychiatric hospitals, nursing homes, foster care homes, summer camps, and just about any other organized setting is a prime target for a predator to seek out victims upon whom to inflict a lifetime of physical and emotional pain.

According to the National Sexual Violence Resource Center, 40.8% of female victims and 52.4% of male victims are raped by an acquaintance. Furthermore, 25% of girls and 16% of boys will be sexually abused before their eighteenth birthday. Children spend approximately one-third of their day at school, followed by after school programs, and extracurricular activities, leaving many opportunities for children to be sexually abused or assaulted. Unfortunately when abuse occurs during developmental years, it perpetuates a cycle of abuse and victimization as adults.

These predators are trusted members of the community who take advantage of their positions to prey on their victims. The only way to begin ending institutionalized sexual abuse and assault is by reporting the abuse, punishing the abusers, and getting victims the psychological help that they need to prevent re-victimization in the future.

In most of these attacks, an environment has been created that provides the perpetrator the necessary cover to carry out his or her abusive behavior. Those who assisted in shielding an abuser may also be at fault by behaving in a negligent manner that fostered such an environment for sexual assault to occur. They, too, must be held accountable for their actions.

Seeking legal help is your first step to obtaining justice for yourself, and your family.

The role of psychological manipulation in sexual assault

Just when you think you have heard it all, you turn on the news to hear another story of sexual abuse or assault that shocks your senses. As the justice system finds new ways to bring predators to justice, these hunters evolve and find new ways to quietly hurt and exploit their victims.

Because psychological manipulation is much more subtle, predators who are placed into positions where they are expected to spend time with their victims find it much easier to initiate abuse – sometimes long-term. Psychological techniques also require nothing more than calculated thought making them difficult to detect until it’s too late. Take a look at some of the methods being used:

The signs of sexual abuse or assault may not always be easily recognizable to the average person, particularly when you are close with the victim. You may realize that something seems “off,” when you are particularly close to the victim, but it can be easy to hide sexual abuse if the perpetrator is skilled at inflicting it. Maybe your child seems withdrawn and you write it off as a spat with a friend. Maybe your spouse has been sexually assaulted by his or her boss at work and explains it away as exhaustion.

If you notice any of the warning signs of sexual abuse or sexual assault in your loved one, gently approach the subject to see if he or she will disclose the abuse to you, or another trusted person. Once the abuse is out in the open, immediately report it to law enforcement so that the predator can be held accountable for his or her crimes. Signs to watch for are:

No matter a victim’s age, the compassionate attorneys at Taylor & Ring know that feelings of embarrassment, shame, and guilt creep in when internalizing an attack, and your loved one needs to feel safe to disclose the abuse before it can begin to get better. We promise to be part of your necessary support system; fighting for your right to justice and putting you on the path to healing from your traumatic experience.

As of 2018, adult victims of sexual assault have 10 years from the date of the injury, or three years from the discovery of any related illnesses, to file a civil claim.

Childhood victims of sexual assault, however, have a longer window. As of January 2020, survivors of childhood sexual assault have until the age of 40 to file a civil claim, or within 5 years of the discovery of the assault. The lookback window is extended to 3 years for claims that may have been time barred before January 1, 2020.

We want your attacker held fully responsible for the harm he or she has inflicted upon you, your life, and the lives of your family members. We can help you rebuild your life and see the bright future ahead of you again by pursuing a civil claim on your behalf to obtain financial compensation for you. Criminal convictions help, but they are not required in order for you to seek justice through a civil suit to force your abuser to hear you say “no!”

Compensation awarded for the damages that you suffered at the hands of your attacker may include:

Our dedicated San Francisco sexual assault attorneys are here for you

The unwavering San Francisco sexual assault attorneys at Taylor & Ring take pride in representing sexual abuse and assault victims and survivors. We want to turn your most vulnerable moments into your biggest victory by giving you a voice. We work tirelessly to secure the compensation you deserve for surviving your ordeal. Talk to our lawyers today at 310-776-6390 or complete our contact form to schedule a consultation.