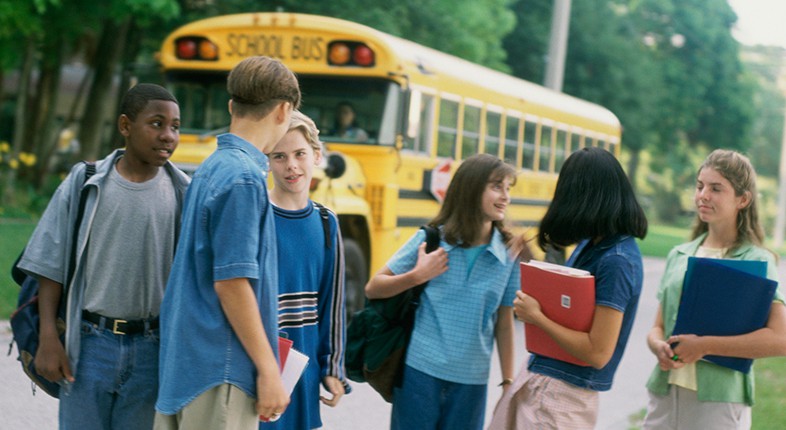 Sending your kids out into the world is a scary thing. One place that you never thought you would have to fear sending your son or daughter is to school. It’s filled with adults who are there to teach them, enforce rules, prevent bullying, and help instill right from wrong into your kids.

Educational institutions have an obligation and responsibility to safeguard your kids by conducting proper background checks and properly supervising adults and children who walk their halls. These positions of trust can’t go unchecked when children’s futures are at stake. The team of San Francisco sexual assault attorneys at Taylor & Ring have made it their mission to protect the rights of survivors by pursuing compensation through a civil lawsuit to help bring your or your child’s attacker to justice.

Sexual abuse and assault in schools happens far too often across the country, and San Francisco is no exception.

A sexual assault occurs every 92 seconds in the United States and because 93% of child victims know their abusers, it’s a sad fact that it’s likely that predators will be found to be teachers and staff in educational settings. Some startling statistics relate to sexual abuse and misconduct perpetrated by educators:

Holding abusers and schools that enable them to commit their crimes need to be held accountable for the damage and pain inflicted upon the children they were hired to protect.

What does sexual assault and abuse look like in San Francisco’s schools?

Children of all ages are at risk for becoming targets for sexual abuse or assault. You can arm them with all of the knowledge that you think they need to avoid becoming a victim, but predators – teachers, counselors, staff, professors, security guards, other students – will always work to find new ways to prey on our children.

Sexual assault or abuse in schools and universities can include:

Vulnerable students are at risk

When you have a special needs child you understand that he or she doesn’t think about the world or danger the same way other children may. Because children cannot legally consent to any form of sexual contact, age doesn’t matter when talking about sexual abuse or assault. The individualized attention these students require naturally makes them more isolated and susceptible to abuse.

Predators lurk at colleges and universities

The number of college students reporting sexual assault is much lower than the number of occurrences. Attackers count on the fact that scenarios they have placed their victims into will reduce the likelihood of reporting. Much of the time intoxication and knowing the attacker are factors in a victim’s decision not to report, and the fact that there are no barriers regarding who the victim is and who the perpetrator is can make that decision even more difficult for reasons related to social stigma.

Students have reason to be apprehensive about reporting sexual assault when taking into account the fear of retaliation by the assailant, and the school’s lack of action when universities fail to punish student rapists. It perpetuates a culture that reinforces in victims that sexual assault isn’t that serious, when, in reality, it’s life-altering.

When you think of children being sexually assaulted, you immediately assume the perpetrator was an adult. While that has certainly been the case in many instances, children are at greater risk of being assaulted by another child. According to the U.S. Bureau of Justice, children age 14 years have been the biggest group of offenders.

Because children spend so much time together at school or in activity organizations and because adults typically have difficulty thinking of a child as a perpetrator, it can be more difficult for a child to disclose abuse when his or her attacker is a peer. Even school administrators can pre-judge behavior and re-victimize a student who was attacked. Under Title IV, children are entitled to protection from sexual abuse and assault and they are afforded the right to bring claims against their abusers.

Resources for San Francisco victims of sexual abuse or assault

It can be difficult to know where to turn first once you learn that your child has been sexually abused or assaulted, or you have become a victim, yourself. Start by talking with someone who can point you in the right direction to get the immediate help that you need whether it be filing a police report, obtaining a forensics exam, or receiving counseling by calling one of the numbers below:

Taylor & Ring puts its decades of experience to work to bring some order back to the lives of you and your children after their sexual abuse or assault. Seeking justice for victims is our primary goal and we want to help you hold the attacker responsible for the pain and damage he or she caused by seeking the compensation your child deserves to obtain the necessary resources required to heal and move on with life. Call our San Francisco sexual assault and abuse lawyers today at 310-776-6390 or complete our contact form to schedule a consultation.