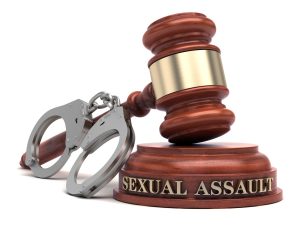 Marilyn Manson is a musical star who rose to fame in the mid-1990s. Ever since Manson was introduced to the spotlight, he has been surrounded by controversy; and this year is no different. Currently, Manson is facing several assault and domestic violence allegations. The Los Angeles County Sheriff Department obtained a search warrant for Manson’s Hollywood-area home in late November.

The Sheriff’s Department began their investigation of Manson earlier this year after receiving reports of sexual assault and domestic violence between 2009 and 2011 in West Hollywood. Although the specific women were not identified, several women have publicly alleged that they were physically, sexually, and emotionally abused by Manson around the time of the incidents.

Sexual assault consists of a variety of nonconsensual sexual acts. A sexual assault can happen when a person engages in a sexual act that makes you uncomfortable or touches your body without your consent. The Centers for Disease Control and Prevention (CDC) reports that more than one in three women and one in four men have experienced sexual violence involving physical contact during their lifetime.

What are physical signs of sexual assault?

Not every sexual assault results in obvious symptoms; however, there are some signs that you can use to determine whether someone you love has been the victim of a sexual assault. Some of the physical signs of a sexual assault include bleeding, bruising, difficulty walking, broken or dislocated bones, and soreness. Victims of sexual assault can also experience internal bleeding.

What are the signs of a sexual predator?

Although it is true that anyone can be a sexual predator, there are some red flags that you can keep in mind when around other people. Some of the signs that you might be around a sexual predator are if the person uses derogatory sexual terms, if they sexually harass others, if they present a sexually aggressive demeanor, and if they treat and view others as sexual objects.

What are some examples of sexual assault?

Sexual assault does not just include the physical act of nonconsensual sexual intercourse. Some other examples of sexual assault include receiving or giving oral sex that you did not consent to, being forced to insert objects into your private parts, or being forced to perform sexual acts on another person, object, or animal. A person who forces you to engage in these types of inappropriate behaviors can be charged with a sexual assault offense.

What is aggravated sexual assault?

A sexual assault charge can become more serious when there are additional “aggravating” factors. Some of the aggravating factors that lead to an aggravated sexual assault charge involve whether the perpetrator physically hurt you as he or she sexually assaulted you, if you are under 16 years old, if a weapon was used during the sexual assault, if there were other people present, if you have a severe disability, and whether the perpetrator is an authority figure like a police officer or a religious leader.

When a person is charged with the offense of aggravated sexual assault and found guilty, they are subject to harsher penalties and punishments.

How does consent work under the law??

Consent is the act of freely agreeing to do something. When a person does not consent to a sexual act, and the perpetrator continues to engage in sexual contact, the perpetrator is guilty of attempting to sexually assault the victim. A person can express lack of consent in several ways. The first way is clearly expressing that consent is not given. This is the common way of letting a person know you do not want to have any sexual contact with them; i.e., “Stop!” “I don’t want to,”, “No!”, and statements of that nature.

The next sign that consent has not been given concerns the perpetrator. When a perpetrator attempts to take advantage of the victim without concern for their welfare or asking for consent, that is a clear sign that consent has not been given. Some examples include trying to have sexual intercourse with someone while they are sleeping, intoxicated, or incapacitated and continuing to engage in sexual contact with the victim even though the victim could not say yes.

When is a victim unable to consent to sexual intercourse?

What is a “reasonable person” in the context of sexual assault?

In court, a “reasonable person” is a legal test to determine what an ordinary person in the same position as the perpetrator would think. This test is commonly used in sexual assault cases where the victim was intoxicated or under the influence of drugs. In these scenarios, a reasonable person would not assume that the victim consented to sexual contact.

You do not have to suffer in silence, and you do have rights when it comes to surviving sexual assault. The experienced Los Angeles sexual assault attorneys at Taylor & Ring listen to your story, explain your rights, and explore your legal options. We are committed to obtaining compensation for every way in which our client’s life is altered and diminished as an adult sexual assault victim. Contact us today by calling 310-776-6390  or reaching out through our contact form to arrange a free initial consultation.